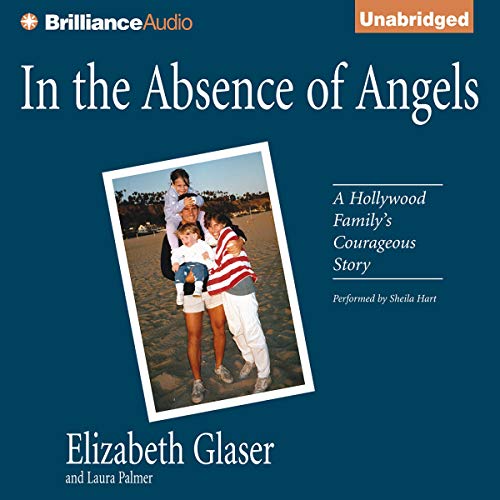 In the Absence of Angels

By: Elisabeth Glaser,Laura Palmer
Narrated by: Sheila Hart
Try for $0.00

In 1981, Elizabeth Glaser received blood transfusions following the birth of her daughter, Ariel. Then, in 1986, two years after her second child, Jake, was born, tests showed that Ariel had AIDS, contracted through breast-feeding. Elizabeth and Jake tested HIV positive; Glaser's husband, Paul, of TV's Starsky and Hutch fame, is today free of the virus that killed Ariel at age seven.

Well aware of the stigma of AIDS, the Glasers retreated behind a wall of secrecy to protect their family. Only when the National Enquirer threatened to invade that privacy did the Glasers "go public".

Despite the book's title, In the Absence of Angels is a heartwarming story filled with angels - generous, caring, imaginative people who listened and helped.

What listeners say about In the Absence of Angels

I loved this book. I am a nurse and to learn about pediatric aids and what Elisabeth Glaser was able to accomplish. It took me a couple of days to finish. I found that I couldn't sleep I would listen to a couple of chapters. It helped me to relax my mind and be able to go back to sleep.

Draws you in Emotionally

I started this book 20 years ago but never got to finish it. Very good.

Much more than a chronology of an illness!

I can’t express how much I love this book! Beautifully written and exceptionally well read! Each piece of a life shared woven into a jigsaw puzzle of a masterpiece! Happiness sorrow and even tears. Wonderful hope even within in the midst of heart wrenching tragedy. This is much more than a chronology of an illness but a story of a family finding solutions and even some answers. I felt as if I was going through huge obstacles right along with the family!