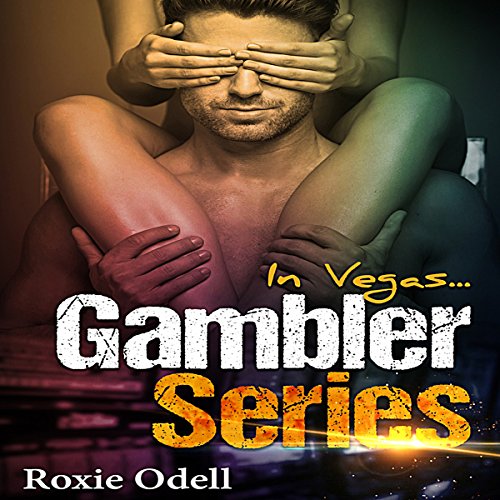 By: Roxie Odell
Narrated by: Hannah Pralle
Try for $0.00

Ever since his divorce, Derrick Quinn has felt like the luckiest man on the planet, and in Vegas that's a good thing. He's a top exec for the hottest, newest hotel on the strip, and his good looks definitely make life easier. Most importantly, though, Lady Luck has dished out his dream girl. Beautiful, adventurous Corrine Smith is a jackpot. A sweet, sensual treat after life with his ex-wife left such a bitter taste in his mouth. Derrick is unapologetically and intensely addicted to her, so much so that he has to taste her every night.

Corrine keeps it coming with exotic costumes, daring stunts, and constant fun. Their blistering affair is a drama all its own, but even more than that, Derrick shares more with Corrine than he has ever shared with anyone. Who knew such intimacy could be so gratifying and that a hotel elevator mishap would turn into the best month of his life?

As life often goes in Vegas, it's all fun and games until it's not. One misunderstanding is all it takes to knock Derrick and Corrine off their game, and it isn't long before Derrick admits that he no longer wants to continue with a mere affair.

Does nothing good last forever? Will hot and heavy turn into heartbreak, or will Derrick Quinn win big when he bets everything by telling Corrine what he really wants?

What listeners say about In Vegas...

Good second book but not as good as the first book. This book continues with Corrine and Derrick's story. Of course there are misunderstandings and you know how to that goes. Hanna Pralle did a good job with the narration. I received this free copy audiobook at my request and have voluntarily left this review.

I found it interesting that the second book in this series picks up from where the first one left it. The main characters are still the same but this time they are facing issues between their affair. I was pleasantly surprised and I enjoyed this second book and I am really looking forward for the third and final one.