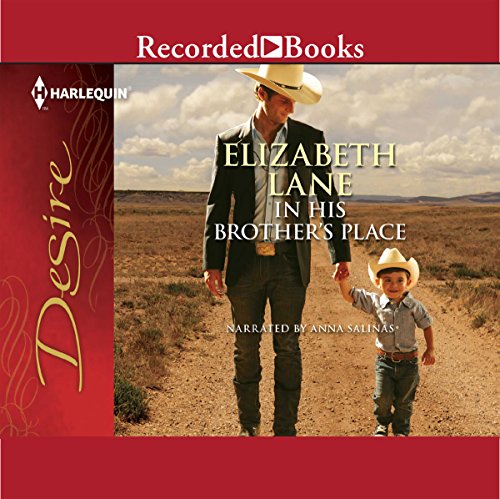 In His Brother's Place

By: Elizabeth Lane
Narrated by: Anna Salinas
Try for $0.00

"I want the boy." For three years Angie Montoya hid her son from her late fiance's family - until his brother tracked them down. Now Jordan Cooper demands she move to his Santa Fe ranch - the boy's birthright. But how can Angie live with the man who called her a gold digger, the man whose one kiss she's never forgotten?

Racked by guilt since his twin's death, Jordan seeks redemption by raising his nephew. But Angie resurrects a hunger in him that only she can satisfy. Jordan knows he can have her on one condition - that she never learns the truth about him.

What listeners say about In His Brother's Place