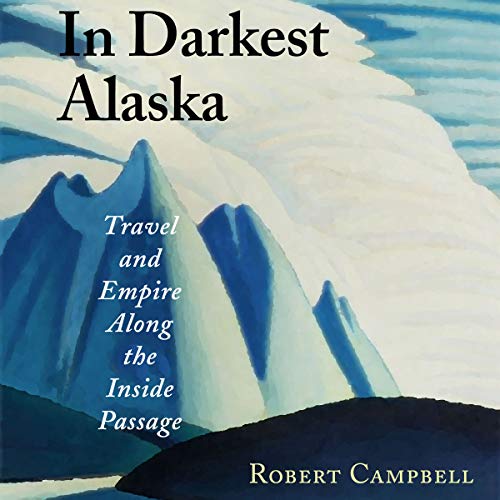 Travel and Empire Along the Inside Passage (Nature and Culture in America)
By: Robert Campbell
Narrated by: Robert E Anderson
Length: 14 hrs and 24 mins
Categories: History, American
3 out of 5 stars 3.0 (1 rating)

Before Alaska became a mining bonanza, it was a scenic bonanza, a place larger in the American imagination than in its actual borders. Prior to the great Klondike Gold Rush of 1897, thousands of scenic adventurers journeyed along the Inside Passage, the nearly 1,000-mile sea lane that snakes up the Pacific Coast from Puget Sound to Icy Strait. Both the famous - including wilderness advocate John Muir, landscape painter Albert Bierstadt, and photographers Eadweard Muybridge and Edward Curtis - and the long forgotten - a gay ex-sailor, a former society reporter, an African explorer, and a neurasthenic Methodist minister - returned with fascinating accounts of their Alaskan journeys, becoming advance men and women for an expanding US.

In Darkest Alaska explores the popular images conjured by these travelers' tales, as well as their influence on the broader society. Drawing on lively firsthand accounts, archival photographs, maps, and other ephemera of the day, historian Robert Campbell chronicles how Gilded Age sightseers were inspired by Alaska's bounty of evolutionary treasures, tribal artifacts, geological riches, and novel thrills to produce a wealth of highly imaginative reportage about the territory. By portraying the territory as a "Last West" ripe for American conquest, tourists helped pave the way for settlement and exploitation.

"One of the most sophisticated and important studies of western American travel and tourism and one of the most significant histories of Alaska." (American Historical Review)

"Scholars of U.S. history will not want to miss this well-written and compelling book." (Louis S. Warren, author of Buffalo Bill's America)