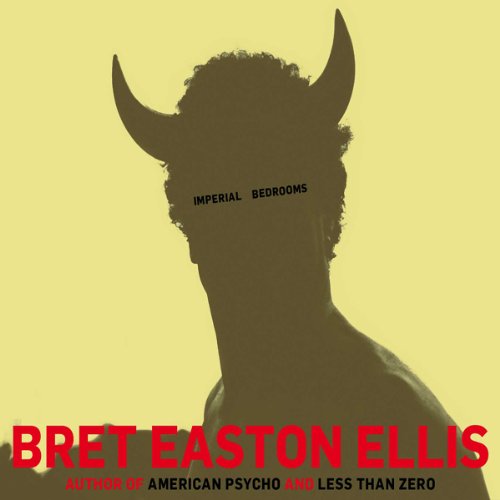 By: Bret Easton Ellis
Narrated by: Andrew McCarthy
Try for $0.00

In 1985, Bret Easton Ellis shocked, stunned, and disturbed with Less Than Zero, his ‘extraordinarily accomplished first novel’ (New Yorker), successfully chronicling the frightening consequences of unmitigated hedonism within the ranks of the ethically bereft youth of '80s Los Angeles. Twenty-five years later, Ellis returns to those same characters – to Clay and the band of infamous teenagers whose lives weave sporadically through his – but now, they face an even greater period of disaffection: their own middle age.

Clay seems to have moved on – he’s become a successful screenwriter – but when he returns from New York to Los Angeles, to help cast his new movie, he’s soon drifting through a long-familiar circle.

Blair, his vulnerable former girlfriend, is now married to Trent – still a bisexual philanderer – and their Beverly Hills parties attract excessive levels of fame and fortune. Clay’s childhood friend Julian is a recovering addict running an ultra-discreet, high-class escort service, and their old dealer Rip, reconstructed and face-lifted nearly beyond recognition, is involved in activities far more sinister than those of his notorious past.

After a meeting with a gorgeous but talentless actress determined to win a role in his movie, Clay finds himself connected with Kelly Montrose, a producer whose gruesomely violent death is suddenly very much the talk of the town. As his seemingly endless proclivity for betrayal leads him to be drawn further and further into this ominous case, it looks like he will face far more serious consequences than ever before.

What listeners say about Imperial Bedrooms

Typically difficult to put a finger on, the standard shallow characters somehow imbued with soul and dropped into impossible situations. Although I love his story telling and turn of phrase the real hero is the narrator, please have Andrew Macarthy ready the entire back catalogue, he’s perfectly suited to read Bret Easton Ellis’s books and is the reason I’ve listened to this, otherwise rather short, tale multiple times. Thanks audible 👍🏼

Another Brett Easton Ellis classic, read in the indifferent style in which it’s written. The narrator really did the book justice.

I’ve been reading BEE since Less Than Zero was released and I was still a rich, pretty young thing in Los Angeles, that fit perfectly into any of the pages I was reading. I’ve just ordered White and realised Imperial Bedrooms has been on my list for years and I had never gotten around to reading it.

Less Than Zero was full of reality for me, Imperial Bedrooms isn’t. All the vapid, violent, drug fuelled rape was just too over the top for me. The only thing that kept me going was Andrew McCarthy’s narration.

Who has BEE turned into? I’m a little bit worried about reading White now.

Ok if you liked the first book, but nowhere near as special or entertaining. I found the main plot revolving around Rain to be a little dull and difficult to follow.

Examining Clay in a much less sympathetic light however was an excellent choice, and probably what sold me on it in the end.

Hollywood is and always will be an industry that feeds on hope and dreams. Beware of the predators at the gate.