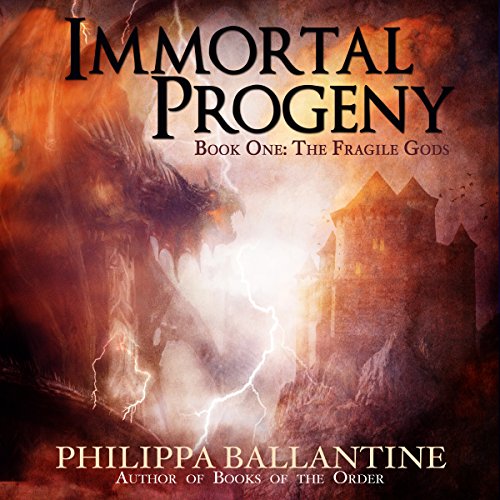 For generations the world of Rahvas has been awash in holy war between its many temples.

Priests and priestesses have built towering monsters to destroy one another and prove their deity the One True God. But those temples also made two mistakes. When three little girls came out of the void where Gods are born, they mistake them for humans and let them live.

Separated, Rowan, Vervain, and Amaranth have lived out very different lives. One lived as a temple acolyte, another as meat for the creation of progeny, while the third learns the magic of the atheists.

As the sisters' power unfolds and they learn the truth of who they are, the temples, and all those that fight for them, will find a new war on their doorstep.

What listeners say about Immortal Progeny