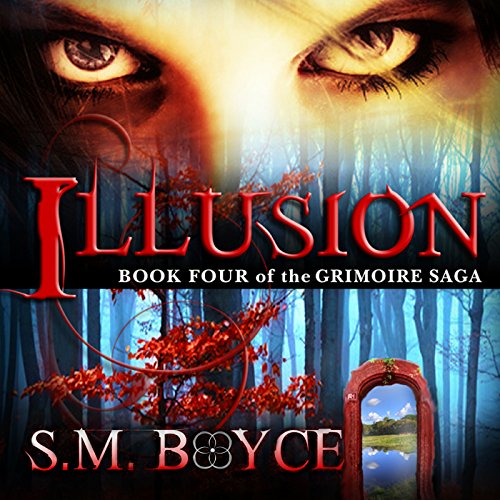 The final chapter in the war for Ourea ends with blood. Kara Magari is an icon. A hero. The people love her. The royalty tolerates her. She has everything - an army, allies, and a close circle of chosen family. They believe she will end the war, and they shouldn't. She's as scared as they are. She just can't show it. The war she accidentally started ends with a final battle that will either save or enslave her people. She will do anything to win - until she learns the cost of victory. Braeden Drakonin is afraid of what he'll become when he takes over his father's kingdom - that much authority can change a man. But his father has already tried to kill him more than once, and it's time to end his reign. Braeden's armies are ready. His strategy is foolproof. His generals are waiting for the order to attack. It's only in the final seconds before the battle begins that he realizes he missed one crucial detail - the traitor.

What listeners say about Illusion

This series was amazing!!! I loved the fantasy world that was created. And the characters and story was developed well.

I have thoroughly enjoyed this series with Kara Kovacich Stewart's narration, and this final book was no exception. However, the story itself was not as well-written as the previous three. I still enjoyed the story and was satisfied with its ending, none-the-less. If you've read the rest of the series, do not miss out on its conclusion.

I listen to a lot of audio books. All I have to say is Kara is a fantastic actor. A book I normally wouldn't read, I now enjoy thoroughly! Kara brings the story to life.

So love this series. What a dramatic book

This audio was well done and was easy to follow. I read the other books in this series and wasn't able to get to read this one. I was so excited to get the audio! I highly recommend this book and series to anyone.

The first hour of this book should have been cut. It was soooooooooo slow. Granted, I had a pretty big gap between reading books 3 & 4... but had I not committed to reviewing this book I would have never gotten past the first chapter. The book begins with a "war game." I needed something to pull me back into the story, and I simply could not have cared less about the strengths and weaknesses of their army.

At some point, however, the story did pick up. There were some great lines from that even made me pause the audio to think. I would have liked to have spent more time with some of the Isen and gotten to know the other vagabonds more closely (in part because Kara's never been my favorite), but, in the end, the story felt complete and I don't regret taking the time to finish this saga.

The narration continued to be good. It felt like there was less differentiation between some of the non-accented main male characters this time around (there's a lot of characters!) -- but overall the narration made this an easy listen.

This, the last few grains of sand in the hour glass of time for Kara and Braeden, and the lands they love as the war comes to a end, but will they win and get more time or lose and everyone runs out of time? Kara will do anything to win and give her land the time to heal and that scares Braeden to death, because despite his feelings it is not a luxury he can afford for her. They think they have everything figured out down to the timing, except for one variable, the traitorous blood among them.

This was a bitter sweet book for me, it was just as action packed, suspense filled, and had all the twists and turns I have come to love, but I was sad that this was the last of the series, I don't think I was prepared to let Kara, Braeden, Stone, and First Vagabond go yet, they where such awesome strong characters, that I have grown to love. Listening to the series with Kara Kovacich Stewart narrating and giving each of the character a voice I have each of them, and the whole land of Ourea, pictured in mind just through her awesome descriptions. Between the authors words and the narrators voice talent I was there fighting for Ourea, and it was awesome, and I will miss it tremendously.

The final book in The Grimoire Saga is a bittersweet conclusion to a great series! I have been following this series through the 4 books &amp; feel like I have lost a group of friends by having the Saga come to an end!

To fans of epic fantasy like Lord of the Rings, this is a great series! The world building, the characters, the story.....it is awesome! The author populates her world with wonderful creatures, great battle scenes &amp; a little romance. You really love the good guys &amp; really, really hate the bad guys (which is how it should be, right?)

This final book brings all the characters back for the big finale. All of the heroes, heroines &amp; villains are back &amp; the way the author ends this series is just great! I love the creatures that Ms. Boyce has created &amp; wish that I had some as pets &amp; others as transportation!

The narrator, Kara Kovacich Stewart, does an absolutely fantastic job! Her narration of this series adds a lot to an already wonderful story. Her variations in voices help you keep track of the many characters without being distracting. I love her voice &amp; recommend her narrations to anybody who loves audiobooks.

All in all, I hate to see the series end....but I'm sure I will be visiting Ourea again someday!