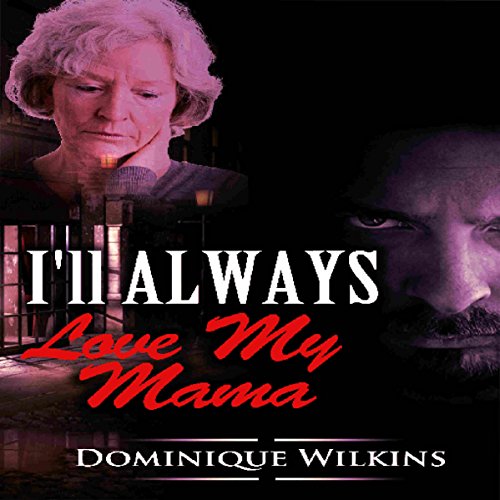 In her latest book, I'll Always Love My Mama, author Dominique Wilkins tells the story of Audrey Fitzgerald. Deserted by her husband, Audrey was forced to raise her sons, Erick and Robert, alone. When Erick continued a downward path with the wrong crowd, despite Audrey's intervention, his luck ran out after he repeatedly disobeyed the law and was sent to jail. Preoccupied with how she could have saved Erick from a life of crime, Audrey stuck by her son, visiting him every week and prayed that he would see the light and clean up his life. She did whatever she could to continue to be the rock and the support that her boys needed. She loved her boys and would do anything for them. Unfortunately, Audrey's prayers and her intentions to be the best mother she could be to her two sons did not pan out as she had hoped. She lost one son, and was then in danger of losing the other when Robert kills his friend by mistake. After lying to the police to save her son from a life in prison, Robert repays her loyalty by living a life of idleness and womanizing. Audrey's story is a celebration of blind, selfless loyalty, perseverance and victory over adversity. It will be an inspiration to every mother who is struggling to keep her family intact. I'll Always Love My Mama is one of those books every mother should receive for Mother's Day and everyday.