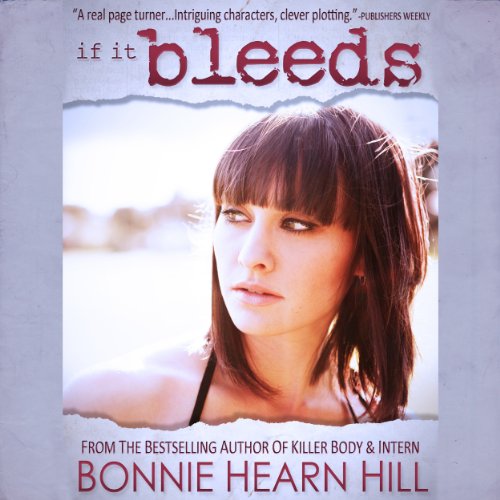 If It Bleeds, It Leads

It's a newspaper mantra - the most gruesome stories always run on the front page to get people's attention. But when Corina Vasquez lands a bloody lead story, she attracts the attention of a killer.

Newly promoted as the assistant to Matthew Henderson, California's Valley Voice investigative reporter, Corina wants only to prove to her boss, her coworkers - and herself - that she's the right choice for the job. When the body of the city's first woman mayor is discovered in a dusty vineyard - and her boss is nowhere to be found - Corina gets her chance.

Then a second brutal murder connects to the first. As she unearths the details around both killings, Corina begins to suspect that she's merely skimming the surfance of a very deep conspiracy. And only one person can help her - acting mayor Wes Shaw, the man who broke her heart.

Wes wants her back. Henderson wants her off the story. And as her reporting of the case thrusts her into the limelight, Corina realizes she's become a target for an unpredictable - and desperate - enemy.

Another Page Turner by Hill

Corina Vasquez is delighted by her promotion from the business department for the California Valley Voice to investigative reporter. And true to Hill's style, from there we are right into the plot. The body of Mayor Tina Kellogg has turned up after three months of searching and Corina is assigned to the story. She knows the deal up front. "If it bleeds, it leads." She knows she'll get the by-line on the front page, above the fold, if she can get it right. In spite of a crisis in confidence, she follows the trail and finds herself in the middle of a much bigger story, with a lot more bodies.

Hill treats us to a murder mystery free of excessive description and filler. She gives us enough information so we know where we are and what we're looking at. But she never pulls us from the plot. It is one of the greatest aspects of her craft. Her dialogue is snappy and realistic. Her characters could be you or your neighbor. You know them. And Hill develops them throughout the novel without slowing down the pace. When reading a Hill novel, put on your seat belt because she doesn't slow it down. That's part of the fun she brings into the read.

Conversations Corina has with her mother are short tension breakers, which allow us glimpses into Corina's background without dreaded info dumps. Nicely done.

Marisol Ramirez does a nice job of narration and her Spanish is impeccable.

I recommend the book and am glad Audible is adding more of Hill's books to their inventory.