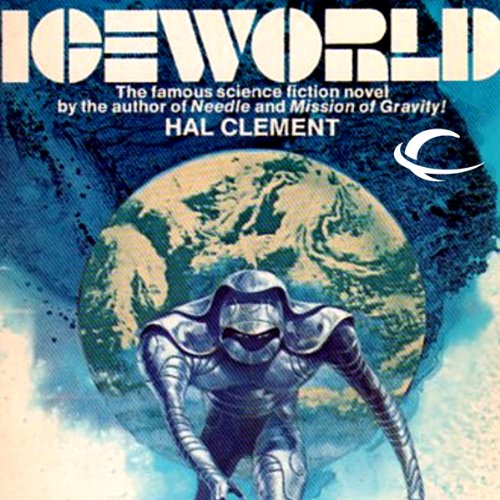 By: Hal Clement
Narrated by: Kent Cassella
Try for $0.00

As the planet gleamed in his viewport, Sallman Ken could not believe that such a bleak and icy globe could have produced intelligent life. Yet when the expedition had sent in unmanned landers, that was what it had found. Some sort of native alien, surviving on the barren planet. But Sallman and his team were not the first to make contact. Smugglers from his own planet had begun trading with the natives for a new and virulent narcotic - the most dangerous drug in the universe. Now Sallman would have to find out how he could survive on a planet so cold that sulphur was solid and water was liquid - and how to stop the source of the deadly drug!

What listeners say about Iceworld

I would like to have more of the old titles on audiobooks. And hard to find titles.

This is one of the better Clement books

This is an outstanding piece of hard Science Fiction from the 1950s. I like Clement but he is strong on creating a scientific background and not always so great on plot or character development. This is charming and the story idea is exceptional. Think of him as an Andy Weir from the 1950s. I like and recommend the book and the recording. My request would be for Audible to do Clement’s Mission of Gravity. If they did then I would say they are making Clement’s top three books available.