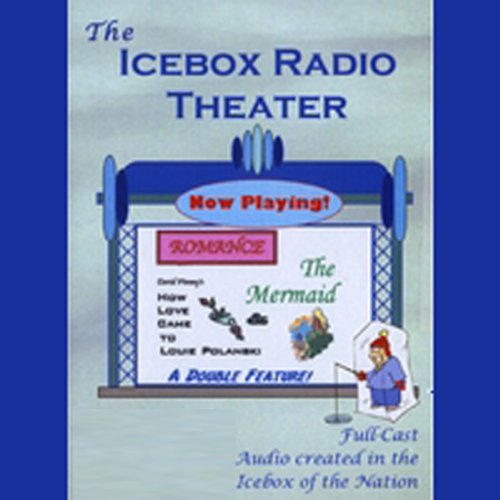 "How Love Came to Louie Polanski"
In this Valentine's Day special, young Louie Polanski, a Wisconsin teen growing up in the early 1960s, travels down the eternal path of his first crush. But can Louie ask out the girl of his dreams without being murdered by the huge, athletic competition for her affections? Recorded before a live audience on Valentine's Day, 2008. Starring Veryan Erwin, Rachel Adams and Justin Kapla, and written by David Finney.

"The Mermaid"
Louis Jordan never really liked the lake shore. It was his wife, Madelyn, who loved his family cabin. After she dies tragically, Louis forces himself to the dilapidated little shack along the rocky shore to try and figure out how his life could possibly go on without her. Then, a mysterious creature appears at Louis' dock, promising the possibility of magic by her very existence. Louis falls under the spell of the Rainy Lake Mermaid, only to discover that she does not have his best interests at heart, and that the path to a new life was within his reach all along. Recorded in front of a live audience. Starring Gene Gee and Aela Nordrum.

"In from the Cold"
When two ice fishermen come in from the cold for "a steak and a beer", they discover their favorite restaurant transformed for Valentine's Day. In a room dedicated to couples, two fishing buddies discover they have more in common with the lovers than they originally thought. A little slice of the Northland comedy for the Day of Love. Recorded before a live audience.