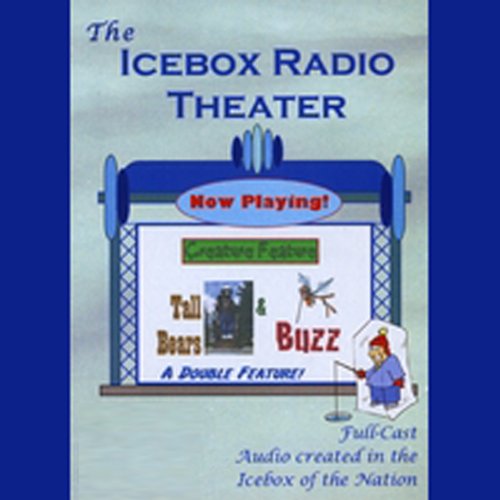 "BUZZ"
Something's wrong above the usually tranquil waters of Rainy Lake in this science-fiction comedy. The mosquitoes of Minnesota are legendary. But could they carry away lifestock? Two kids and one very dumb secret agent need to figure it all out before it's too late. Starring Steve Sinclair, Veryan Erwin and Jessica Liggins.

"TALL BEARS"
All across Northern Minnesota, towns in search of a way to separate themselves from the crowd build landmarks. Huge statues of fish, twine balls and other attention-getters dot the landscape. In International Falls, Smokey Bear graces the city center in all his 30-foot glory. But one summer, with drought chocking the landscape and the fire danger in the nearby national park high, Smokey disappeared. While the police chief searched for logical explanations, his 12-year-old daughter (and paranormal expert) Heather went to work on finding out the TRUE story with nearly deadly results. Starring Rachel Adams.

"THE TRUNK"
When you live along an international border, the temptation to smuggle a small item or two (Cuban cigars, illicitly caught fish) across can be quite strong. When two women are asked to smuggle a box of steaks across, they readily agree. But the night is Halloween, and when the "steaks" end up eating a customs guard, there appears to be no way out in this comedy sketch from the Icebox of the Nation. Recorded before a live audience.