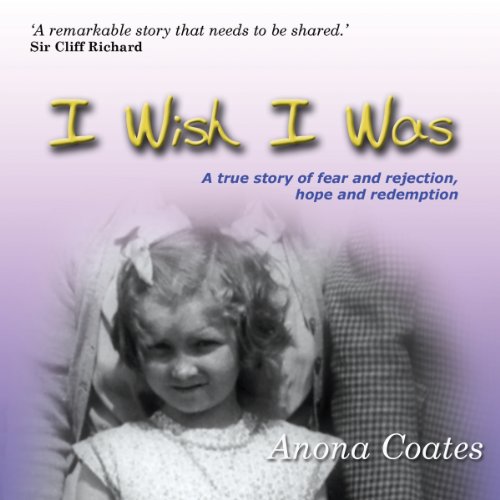 I Wish I Was

A True Story of Fear and Rejection, Hope and Redemption
By: Anona Coates
Narrated by: Anona Coates
Length: 4 hrs and 11 mins
Categories: Bios & Memoirs, Personal Memoirs
2 out of 5 stars 2.0 (2 ratings)

I Wish I Was

"One day, when I was forty-three years of age, I found a skeleton in my cupboard. The amazing thing was, it looked just like me... She had a different identity, a different family, people knew about her... but I had no idea that she even existed... I took a deep breath, stepped into the cupboard and we merged into one." - Anona Coates.

Born just after World War II had ended, Anona was physically, emotionally and sexually abused by the man she thought was her father. She was so unhappy that, when her friend suggested she was adopted she replied "I wish I was." Many years later Anona finds out that she is indeed adopted and begins a search for her true parents, discovering the shocking truth hidden from her for so many years which will test her faith to the limits.