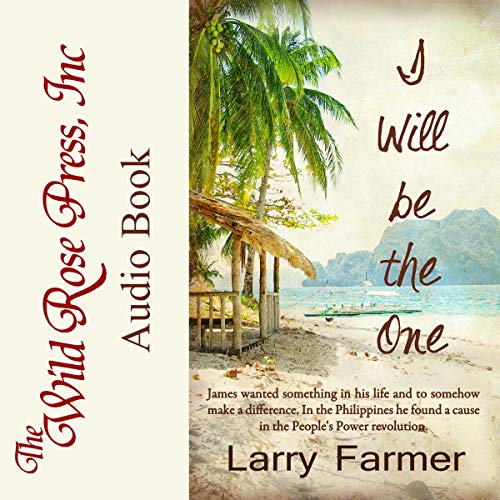 I Will Be the One

By: Larry Farmer
Narrated by: Larry Lee Farmer
Try for $0.00

Following his stint as a marine during the Vietnam War, James needs something beyond the mundane conformity of his life in Vicksburg, Mississippi. As he enters the Peace Corps, a political reformer named Benigno Aquino is gunned down in the turbulent Philippines, half a world away. James has no idea fate will interweave events for him to witness the overthrow of a dictatorship and the miracle of a bloodless revolution.

Lois has joined the Peace Corps to explore the world outside her staid Ohio upbringing. As a teacher in a remote village, she totes her own household water from a distant source, learns to accept locals wandering through her hut at all hours, and even becomes accustomed to gunfire in the jungle night. But when the visit of a suspected spy to her village threatens their lives, she and her friend James must make a decision of lasting import.

What listeners say about I Will Be the One

This reads more of a memoir and adventure. I felt as thought I was enjoying the story along with the having an adventure. The author brings the reader into a place where they feel as though they are in the places, and experiencing events in the Philippines. The Peace Corp has always been a very interesting expense for many, this is one of those cases that makes a book worthy tale. The story has adventure around every page that keeps the reader turning the page.

I enjoyed the author reading his book. This cannot be said for many authors. I think it added a personal element.