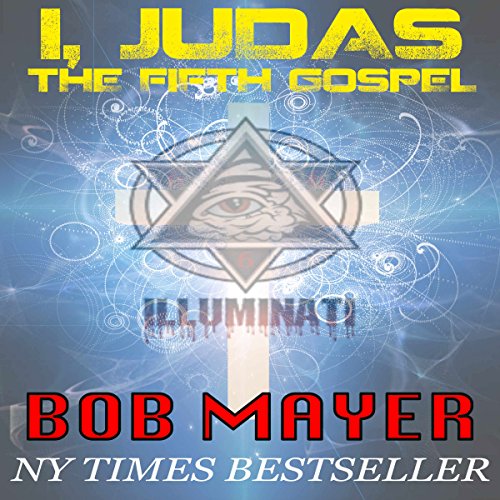 I, Judas The 5th Gospel

By: Bob Mayer,Jen Talty
Narrated by: Steven Cooper
Try for $0.00

What if Judas is still alive, hidden away in the jungles of the Amazon, waiting for the Second Coming? As a massive object appears in space heading directly toward Earth, the Brotherhood heralds it as Wormwood, one of the signs the Rapture and it's just three days away. They have been preparing to implement the Great Commission as designated by Jesus - where everyone on the planet must hear the word of God before the end in order to be saved. They will use advanced technology to send that message directly into the minds of every human on the planet. The question is: will the message kill everyone who gets it or save them? Believing him to be the anti-Christ, they also send a team of assassins up the Amazon to find the Great Betrayer and kill him before Armageddon.

Opposing the Brotherhood is the Triumvirate of the Illuminati. They believe they must stop the Great Commission and the assassination team. At the same time they rush to gather nuclear weapons and launch missiles into space to divert the Intruder, as they call the object, believing it to be a natural phenomenon over which technology will prevail. Three survivors do finally make it to Judas, and he tells them a story, the true story of what happened over two millennia ago. And what is approaching. As the object nears Earth, both sides become locked in a world-wide battle for the future of the human race, as Judas prepares in the jungle for the Second Coming, the fulfillment of his Fifth Gospel. Which is not at all what anyone expects.

"A crackling science thriller in the vein of Crichton that mixes action with science fiction." ( Kirkus Reviews)

What listeners say about I, Judas The 5th Gospel

I enjoyed the story. Good alternative to revelation and the left behind series. I would recommend it if you keep an open mind.

I have read a great deal by Bob Mayer and seen some of his TV work. I found this book entertaining and interesting especially as I listened to it just before the world was supposed to end last December. I never regarded those predictions as plausible but the author writes a quite beautiful narrative about the person regarded as the ultimate betrayer.

Regardless of your beliefs and that this is a work of fiction, I have to agree with the line "the truth lies in between, or somewhere outside the box". It was refreshing to see a take that pointed out that we are all partially wrong in some way, yet also partially right. Best rapture story I've read!

Those of you who think:
that bible was dictated by god directly;
that everything that church says is true;
that the world is 5000 years old
and men were hunting dinosaurs;

should not read this book, you can be insulted by some of it content.

Others may enjoy nice Scifi book with a tolerable plot