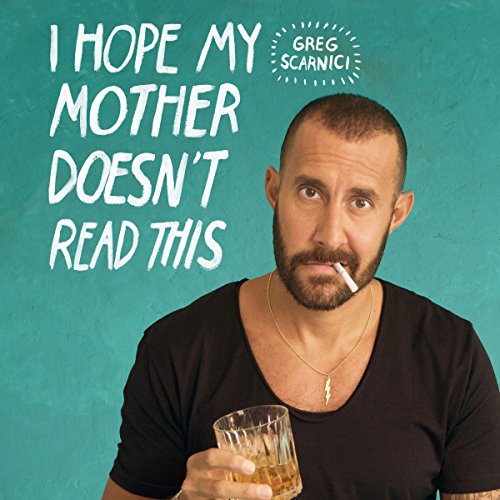 I Hope My Mother Doesn't Read This

I Hope My Mother Doesn't Read This

In his debut collection of candid, shocking, and just plain hilarious essays, comedic artist and musician Greg Scarnici recounts the period in his life when he was just starting to understand his sexuality and the city of New York that he calls home.

From getting high with the midget from Twin Peaks to giving a trucker a lap dance to the tune of Pebbles' "Mercedes Boy", I Hope My Mother Doesn't Read This offers a snapshot of an artist coming to grips with his comedic artistry at a time when gay comedians were not as accepted as they are today. There are tales of sordid hookups, riotous soirees, narcotic mishaps, and an unforgettable encounter with Gina Gershon at a Saturday Night Live after-party, where Greg currently works as an associate producer. No emotional stone is left unturned as Scarnici gives listeners an uncensored and uproariously funny look into every step of becoming, as legendary nightlife columnist Michael Musto calls him, "one of the funniest people in NYC - as well as one of its biggest freaks".

A wild collection of funny stories

This is a great audiobook. Open, honest and funny as all hell. You may want to listen in private as the stories are racy but this is great. And a couple chapters are read by the author's drag persona who gets some zingers in.

I found myself wishing it wasn't over when I came to the end. The stories were so relatable. It took me back to my own disco days and antics with friends. Well written and enjoyable. I can't wait for his next book