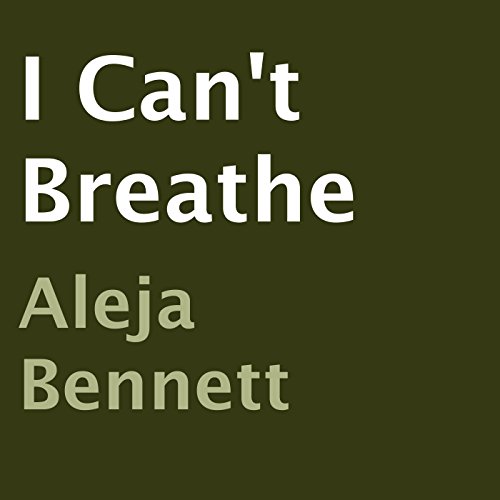 By: Aleja Bennett
Narrated by: Ali Cheff
Try for $0.00

If law enforcement can boldly, continuously kill unarmed black men and teens, then why shouldn't these racist deaths be typed in the bold centerfold of these crimes? Being a plus-size woman, as Eric was a plus-size man, gave the cops an excuse that his size killed him. Do you mean to imply that if I, as a black overweight woman, were to be arrested, my weight would be a reason to kill me as well? This tragic story has the world wondering about the reasons to kill a black, unarmed teen or father, son, husband, and grandfather.

As you look at the video and in the eyes of several law enforcement men and women, what do you see? Does anyone see love, concern, safety, or gentleness to Garner's head, which was just left to hang low? "I can't breathe" was stated to be common, popular words from many who are arrested. "I can't breathe" was ignored 11 times. "I can't breathe" became words that no one cared to hear. The last words, "I can't breathe", took away a husband, friend, father, son, giver, caregiver, grandfather. If Garner was so unhealthy, then how come he didn't pass away when he had just previously broken up a fight? How come Eric didn't have an asthma attack after what he did? Many people enjoy watching a good fight that can lead to death. Before he was killed, Eric Garner stopped a fight and remained alive.

Being big, tall, and black with no knife, gun, or any type of weapon caused the NYPD to walk away with another black crime. The daughter of Garner who spoke on CNN,and millions of children and young adults all over the world do not practice racism or even look at this crime in that way. Children today are being taught how not to like other races, cultures, and food. No one is born stating that he or she wants to be a racist. This cruel word is being shaped by law enforcement. This well-known word has been around since the beginning of time. How can we put an end to the hatred?

What listeners say about I Can't Breathe