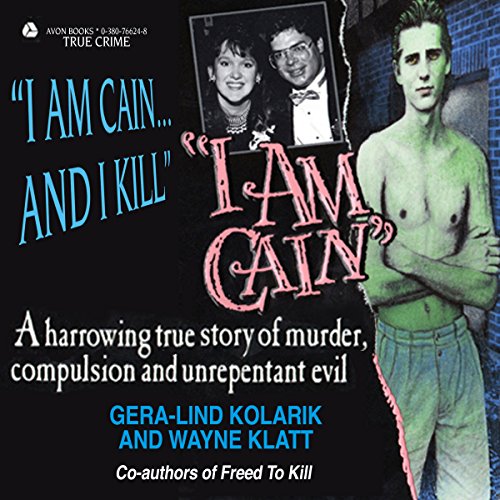 By: Gera-Lind Kolarik
Narrated by: Joseph B. Kearns

Newlyweds Nancy and Richard Langert were shot to death in their basement on the evening of April 7, 1990.

Nothing was stolen, no clues were left behind - except for a brief, illegible message Nancy had scrawled in her own blood as she lay slowly dying.

It was a brutal crime without meaning or motive, baffling the FBI and seven local police departments for many months as they explored every possibility- from IRA assassination to mafia hit. But it was a tenacious Illinois policewoman who would ultimately unmask the Langerts' killer - exposing a terrifying, true-life horror that was totally unexpected...and frighteningly close to home.

The story was okay. The writing was okay. The narration was terrible. First, it sounded as thought it were recorded in an echo chamber. Second, the narrator seemed to feel the need to rush through the story. I slowed the speed to the lowest available and it was still faster than was comfortable. Third, the phrasing of the narration made no sense. Pauses where not needed and without any purpose in the narration. Don't bother.

The author did a great job of keeping a good pace and keeping the reader interested. The narration is awful, though. The man narrating the majority does an okay job except when it comes to dialogue, which he then feels the need to yell every line. I'll keep an eye out for him on other books just so I can steer clear.

This book started off with a good story line. Then it began to involve the IRA, Mafia and Drug Lords. , and believe it or not it got worse. I could not finish it, didn't want to finish it. The narrator, a man who did just about every voice from all of the men, women and kids. You got to where you never knew who was speaking. raising his voice to sound more feminine was hilarous. I was going to say, "Did an 8th graders write this", but then thought, an 8th graders would have done a better job.

I want to start by saying that this was a great true crime story. Anyone who loves the genre like me knows its hard to find a good one after you've read all the biggies. Anyway, this was a very interesting and as always heart wrenching story of a truly perfect american couple who were gunned down by a budding sociopath. I thought the story was well researched and strung together in a way that revealed the right details at the right time. You get to know the dogged law men who live to solve cases like this. Its a five star story, what can I say?

However, I found the audio quality to be really bad. I would highly recommend sampling the audio before making the purchase. I promise you won't regret it but I know some people draw a hard line with this poor quality. Anyway, I give it four stars and I recommend it for any true crime addict!

True Crime stories are some of my favorites.

I like to know what makes people tick. Unfortunately, what drives evil people seems to be inherently in their make up , is that learned or ? The narrator Joseph B. Kearns is easy to listen to.

Would you listen to I Am Cain again? Why?

Because of its great attention to detail, a second reading would increase enjoymnet and understanding of the story.

I like a murder mystery. The facts were presented in a highly professional way and I was compelled to listen on as the story was unveiled.

What about Joseph B. Kearns’s performance did you like?

Mr. Kearns captured the essense of the story with disctinction and clarity. His character voices were excellent and his use of a female narrator for the part of the murdered victim was outstanding.. His strong voice and pacing kept the story moving forward in a powerful way.

Murders in a small town.

I will look forward to more books by the author and definetly more books read by Joseph B. Kearns