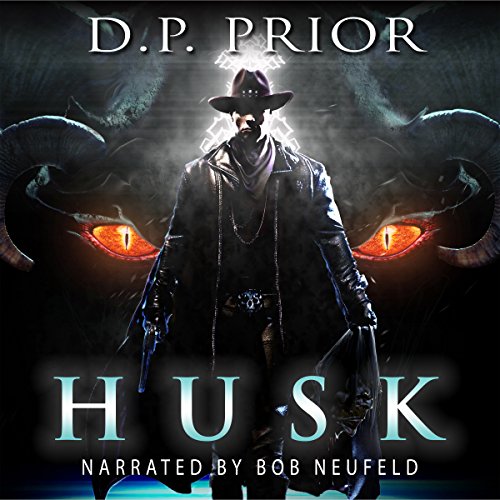 They call them "husks", the demons that cross the Farfall Mountains, leaving a trail of blood in their wake.

No incursion goes unmet; otherwise the cancer would spread until the whole of Aethir was consumed by nightmares.

That's why the Maresmen were formed - trackers and warriors charged with holding back the tide. Each of them is different, uniquely suited to the task in hand, but one thing they hold in common: they are half-breeds, part human, part husk; and they are bound by an inviolable rule:

Hunt the husks, or be hunted themselves.

Jebediah Skayne has been hunting husks his entire adult life, but there's something different about the trail leading to the fishing town of Portis on the shores of the Chalice Sea: no spoor, no footprints; nothing save the unmistakable feeling of wrongness.

Finding a husk in Portis would be near impossible for someone who didn't have the sixth sense, but the instant Jeb arrives, all trace of the incursion vanishes. Forced to rely on more mundane methods of investigation, he starts to uncover a town rife with corruption, where a man will kill you for looking at a woman the wrong way; a town that's seen its share of incursions from the land of nightmares before.

As events start to slip from his control, he realizes the husk he's come to kill is one step ahead of the game, and it holds a secret that will shake his world to the core.

What listeners say about Husk

FLACCID CLEAVAGE
I had listened to A DWARF WITH NO NAME and liked it, so was excited about this. The previous book was different with some crazy characters. This just has one character and he is boring. The main character is a demon hunter or husk hunter, which certainly is not a new idea. Husks can be just about anything. They are what ever some god dreams up. Werewolves were mentioned often. A maresman receives a contract to kill a certain husk. If he does not kill the husk, than other maresman will kill him. We are told this numerous times in the first couple of hours. Maresman are also half husks themselves.

I will not continue this series, but I will listen to more about the Nameless Dwarf.

D.P. Prior injects a "western" vibe into his universe with this novel and further expands the backstories of a few characters already mentioned elsewhere in his works. Maresmen are definitely one of the most interesting "races" to appear in his writings and here we have an entire novel dedicated to broadening the reader's understanding of what makes them tick and how they operate. It's a very fast paced story with the trademark wit Prior fans know and love and will keep you entertained from beginning to end.

Bob Neufeld, who narrated the Shader novels, did a grand job here as his gravelly voice is ideally suited to character Jebediah Skayne.

Hopefully we will see more Maresman Tales in the future.