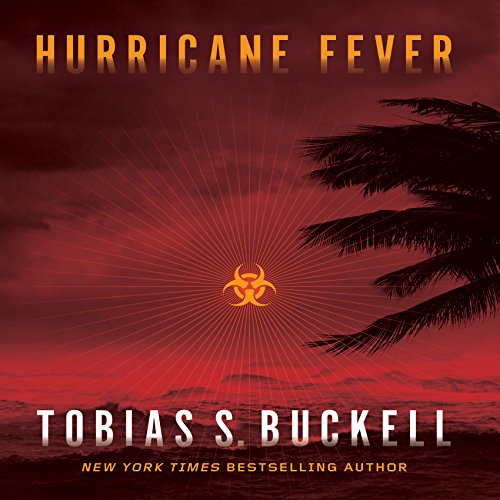 A storm is coming.... Introducing a pulse-pounding technothriller by the New York Times best-selling author of Arctic Rising

Prudence "Roo" Jones never thought he'd have a family to look after - until suddenly he found himself taking care of his orphaned teenage nephew. Roo, a former Caribbean Intelligence operative, spends his downtime on his catamaran dodging the punishing hurricanes that are the new norm in the Caribbean. Roo enjoys the simple calm of his new life - until an unexpected package from a murdered fellow spy shows up. Suddenly Roo is thrown into the center of the biggest storm of all.

Using his wits - and some of the more violent tricks of his former trade - Roo begins to unravel the mystery that got his friend killed. When a polished and cunning woman claiming to be murdered spy's sister appears, the two find themselves caught up in a global conspiracy with a weapon that could change the face of the world forever.

A good listen with excellent narration

“Hurricane Fever” walks a thin line between action thriller and vacation read. The tropical setting makes this book almost serene (if you listen to the audio book the narrator helps), while the characters rush headlong into a conspiracy they didn’t wish for. With a good balance of character development, plot progression and action this well written thriller is a fun and interesting listen.

Mr. Onayemi does a wonderful job with the narration brining the characters to life with all of their various accents.

I posted a long review of this on Goodreads and don't have the energy for more. Summary: intriguing world building and politics, an interesting protagonist, followed by a series of dumb decisions on the part of the protagonist and villain leaving us with ... well, the typical James Bond villain explaining his eeeeeevil plot and then putting our hero into a ridiculously complicated death trap and leaving him unattended. I really enjoyed Arctic Rising and I did like the first part of the book - dealing with the tropical storm, for example. The rest? Save your credit.