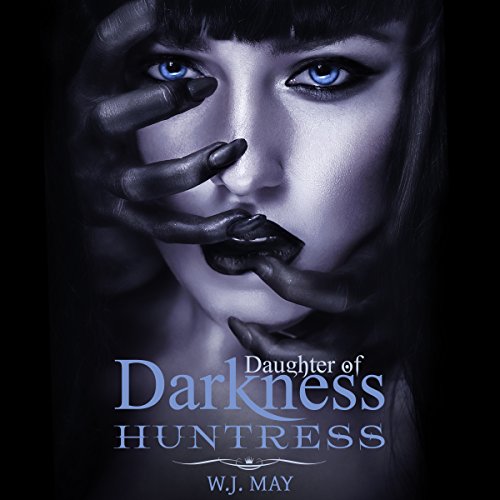 Four authors will each take a different daughter born from the Prince of Darkness, Vlad Montour. (Also known as Vlad the Impaler, an evil villain from history)

Only Death Could Stop Her Now

The Huntress now becomes the Hunted

The Daughters of Darkness is a series of female heroines who may or may not know each other, but all have the same father, Vlad Montour. Victoria is a Hunter Vampire, one of the last of her kind. She's the best of the best. When she finds out one of her marks is actually her sister she let's her go, only to end up on the wrong side of the council. Forced to prove herself she hunts her next mark, a werewolf. Injured and hungry, she is forced to do what she must to survive. Her actions upset the ancient council and she finds herself now being the one thing she has always despised - the Hunted.

'Tori' has no other option but to run. She's disappointed the Council, attacked and killed an Elder and now Vlad, her abysmal father, is determined to find her. When secrets of the past reveal themselves, she finds herself at a crossroad. Unsure of which way to go, she must trust in other supernaturals to help guide her - something she has never allowed before. Forced to go against other Hunter vampires, she is backed into a corner where her only way out is to fight, or die trying.

This is Tori's story by W.J. May. It is book two in the Daughter of Darkness; Tori's story. As a courtesy, the author wishes to inform you this novella does end with a cliffhanger. The next book coming out in early Autumn (or sooner) will continue the story.

after failing her missions Tori ends up hurt and on the run, she drinks werewolf blood and ends up changing (hybrid).

This does end in a cliffhanger.. story keeps you interested and trying to figure out what is next.

Too close to the mic... and I don’t like his reading style. Would recommend buying the paper copy and not the audiobook

I didn't really like the narration for this book and maybe that's why I didn't like it as much. But this book had more content, and more aspects of the story make sense . . . maybe it was the narration.

Can't wait to find out what happens next!

The author provided me with a complimentary copy of this audiobook in exchange for an honest review. This book leaves you hanging a bit but not as drastically as the first book. I can't wait to find out what happens next!

This is a great series

Excellent storyline with great characters. There’s so many twists and turns. I can’t wait to see what happens next, it’s wide open!!