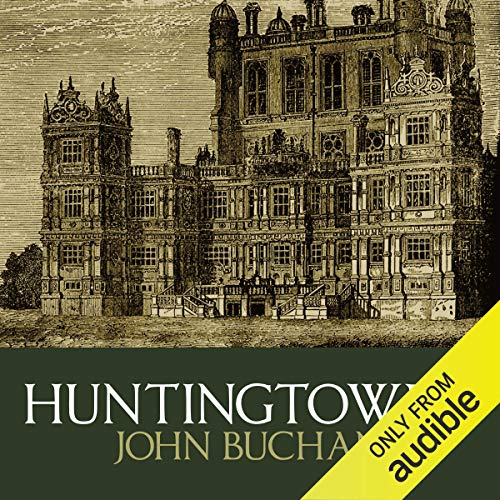 By: John Buchan
Narrated by: Steven Cree
Try for $0.00

Dickson McCunn, a respectable, newly retired grocer of romantic heart, plans a modest walking holiday in the hills of south-west Scotland. He meets a young English poet and, contrary to his better sense, finds himself in the thick of a plot involving the kidnapping of a Russian princess, who is held prisoner in the rambling mansion, Huntingtower.

This modern fairy-tale is also a gripping adventure story, and in it Buchan introduces some of his best-loved characters, including the Gorbals Die-Hards, who reappear in later novels. He also paints a remarkable picture of a man rejuvenated by joining much younger comrades in a challenging and often dangerous fight against tyranny and fear.

About the series: For over 100 years Oxford World's Classics has made available the widest range of literature from around the globe. Each affordable volume reflects Oxford's commitment to scholarship, providing the most accurate text plus a wealth of other valuable features, including expert introductions by leading authorities, helpful notes to clarify the text, up-to-date bibliographies for further study, and much more.

About the Author: John Buchan, Baron Tweedsmuir, was a Scottish diplomat, barrister, journalist, historian, poet and novelist. He wrote adventure novels, short-story collections and biographies. His passion for the Scottish countryside is reflected in much of his writing. Buchan's adventure stories are high in romance and are peopled by a large cast of characters. 'Richard Hannay', 'Dickson McCunn' and 'Sir Edward Leithen' are three that reappear several times. Alfred Hitchcock adapted his most famous book The Thirty-Nine Steps, featuring Hannay, for the big screen.

Born in 1875 in Perth, Buchan was the son of a minister. Childhood holidays were spent in the Borders, for which he had a great love. He was educated at Glasgow University and Brasenose College, Oxford, where he was President of the Union. Called to the Bar in 1901, he became Lord Milner's assistant private secretary in South Africa. By 1907, however, he was working as a publisher with Nelson's. During the First World War Buchan was a correspondent at the Front for The Times, as well as being an officer in the Intelligence Corps and advisor to the War Cabinet. Elected as a Conservative Member of Parliament for one of the Scottish Universities' seats in 1927, he was created Baron Tweedsmuir in 1935. From then until his death in 1940 he served as Governor General of Canada, during which time he neverthelss managed to continue writing.

What listeners say about Huntingtower

What made the experience of listening to Huntingtower the most enjoyable?

The characters were unexceptional average guys caught in a moment that required greatness and they delivered. Humor and Suspense blended in a lovely tapestry - a great listen!

What other book might you compare Huntingtower to and why?

Which character – as performed by Steven Cree – was your favorite?

Every one of the "unwanted" boys. Loved them.

Laugh out loud humor. Loved it.

I first read this book as part of my English literature studies in school many, many years ago. I loved the story then, and have continued to so every time I re read it.

I only wish Audible would record the follow on books, Castle Gay and House of the Four Winds, in which you continue to follow the stories of the 'Gorbals Diehards', and Dickson McCunn.

What made the experience of listening to Huntingtower the most enjoyable?

What was one of the most memorable moments of Huntingtower?

Have you listened to any of Steven Cree’s other performances? How does this one compare?

No but will be looking out for other books.

the urchins and the princess

Well worth reading. One forgets the great skills of story telling from the classic authors.

Where does Huntingtower rank among all the audiobooks you’ve listened to so far?

What does Steven Cree bring to the story that you wouldn’t experience if you had only read the book?

Ability to understand what the Gorbals Diehards are saying! That is why I got an audio book - you waste too much time otherwise trying to read the Scottish accent.
Also his Scottish accent throughout is very evocative.......

Yes and no - didn't want it to end too soon!

An excellent story, like all Buchan - very well read

Great to hear Scots spoken without a struggle. Loved the humour, flowing tale and the Gorbals Diehards.
The Gorbals Diehards must surely be some of the best characters ever.
Haven't read this in years and it was like getting it for the first time.
Just brilliant

If you could sum up Huntingtower in three words, what would they be?

They're all brilliant - as usual from John Buchan - but the hero, Dickson McCunn, has to be the best. Wee Jaikie, Dougal, Thomas Younie and the other Gorbals Die-Hards are just cracking characters. Buchan had a wonderful way with characterisation that I have to say, as a writer myself, I somewhat envy.

Which character – as performed by Steven Cree – was your favourite?

The poet's entrapment in the tower, and his escape attempt had me on the edge of my seat. There were many other such moments, but that's the one I remember most clearly.

This book is classic John Buchan - ordinary people thrown into extraordinary situations and showing how anyone, in the right circumstances, can show themselves to be heroic far beyond what they would have thought possible. Memorable characters and a haunting landscape, expertly written. Can't fault it!

A wonderful adventure from the Edwardian era. Scottish vernacular is spoken in much of the dialogue betwixt characters. You will have to be fleet of foot to catch all of the detail, unless you are familiar with the tongue. Therefore it makes it all the more colourful for the listener, as though you were overhearing the protagonists as the plot unfolds deep within the Scottish countryside.

An “adventure” story with a Scottish accent. In same sort of vein as Treasure Island. I like because written in times past & so I like the small historical details. I thought the reader a little wooden to begin with but grew on me & the vocab is often colloquial thus needs a Scottish accent