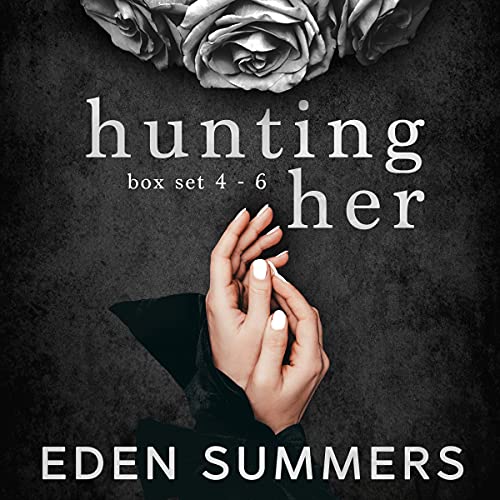 By: Eden Summers
Narrated by: D.C. Cole,Laura Jennings
Try for $0.00

I was stolen. Hidden. Trapped in a hell beyond salvation.

Until him. Luca. The man who changed everything with his fierce loyalty and vow of protection.

What he promises is something I gave up on long ago.

And yet here I am, falling under the spell of a reality I crave.

But I also learned long ago that the most ruthless men hide behind seductive words and handsome faces.

Luca dragged me from hell and delivered me to salvation.

At least that's what I thought.

I hoped this would be a new life. A fresh start.

But the pain followed. I'm certain the monsters did, too.

Nobody believes my truth.

But they'll soon learn. We all will.

Because as much as I want to forget the mantra from my nightmares, it hasn't stopped being true.

I fell for the enemy.

A man from the underworld whose actions resembled the devil so closely it was sickening.

But I learned from my mistakes.

At least I thought I had.

Until I’m tempted back into his life with a case I can’t refuse.

And I’m unable to deny him.

This time, I voluntarily put my career on the line.

I risk everything for him and his family of accomplished criminals.

But succumbing to my tormentor comes with more than a personal price.

Everyone will pay for my mistakes with Cole.

And not all will live to tell the tale.

What listeners say about Hunting Her Box Set

the narration on this book series is phenomenal and is one of my favourite series, they have everything you expect from this style of book. these books have to be read/listened to in order. some people my be triggered , although it doesn't go into great detail regarding the subject, it does contain the topic of the sex slave trade, however this is handled/written in a way that fits the book. I highly recommend this series.