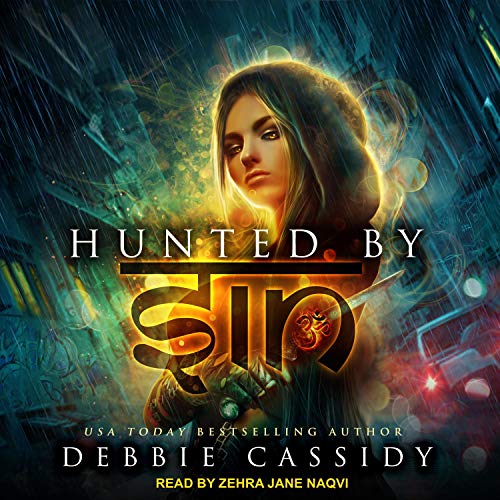 By: Debbie Cassidy
Narrated by: Zehra Jane Naqvi
Try for $0.00

Now that Malina is the Gatekeeper-in-Training of the underworld, her life is a wee bit different. Instead of spending her days killing innocents, she's protecting them by catching the bad guys who want to drink their blood and steal their souls. Plus, she's immortal, can eat without gaining an ounce, and is damn near hard to kill. Pretty good, right?

Unfortunately, not everything is going as smoothly as Malina would like. The latest bad guy on her radar, a rogue vampire, is proving impossible to pin. Leaving a string of missing persons in his wake, and showcasing some serious ninja skills, this target isn't exactly the stop and chat type. And if that wasn't bad enough, life has also decided to throw in a series of witch blood kidnappings and an investigation order from the Mayfair Coven's High Witch.

With people disappearing left, right, and center, Malina and her friends have to find the perpetrators-fast. But the deeper they dig, the less things add up, and soon they find themselves with far more questions than answers.

If Malina wants to come out on top of this mess, she's going to have to learn to weed the truth from the lies. But if she's not careful, the truth just might kill her....

What listeners say about Hunted by Sin

Another action packed story. Malina finds out much more about her mother's people and can't say they are all so high and mighty. She goes through a lot of inner turmoil and feelings of being unworthy. The end brings more information and need for action plus some personal drama that will influence the next book. I look forward to it.

The first book was ok but I found this one lacking substance. The plot was shallow and undeveloped. I might get the next one, just to see how or if the story developes.