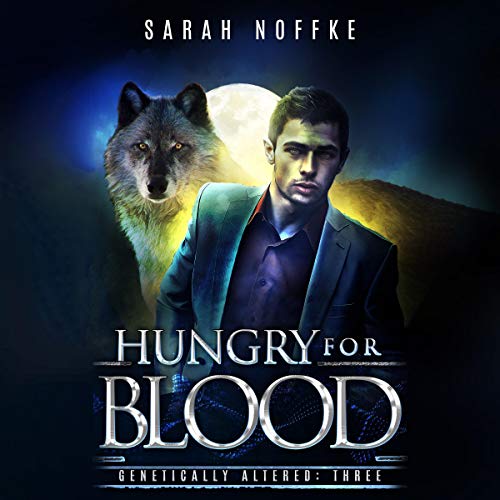 Rabid and hungry for vengeance, one wolf won’t stop until he’s put to death.

A string of murders involving women are making the residents of Los Angeles panic. They’re calling the serial killer the “rabid wolf” because he tears his prey open by the throat and leaves behind a maimed body.

Meanwhile, at the Lucidite Institute, the pack is training under Zephyr’s instruction. He knows that soon they’ll have to go after the rabid wolf and also rescue other members of the pack. However, they need to work together in order to be successful.

Adelaide, knowing that she needs to put an end to Olento Research’s corrupted experiments, goes undercover working at its sister company, Parantaa Research. It’s as a new employee that she meets Mika Lenna, putting herself in a deadly position. As long as she maintains her cover then she can gain covert information and find out how to destroy Olento Research and its CEO.

However, Mika is tired of the Lucidites beating him. These are his werewolves. He’s the one who invested in creating them. And now the shareholders are pressuring him to deliver. That’s why he decides it’s time he sees the future, like the Lucidites. He needs to know where the next werewolf will be and when. And he needs a monster that can take them down.

What listeners say about Hungry for Blood: A Science Fiction Paranormal Thriller

This series just keep getting better & better! This book is definitely darker & more violent that most of Ms. Noffke's books, but the violence is necessary to the storyline. Hunter, one of the genetically manufactured werewolves, has turned rabid, killing every woman he feels has done him wrong.

Will the Lucidites be able to stop him before he kills again? Or will Mika grab him & turn his violence into a killing machine? Throw in invisible twins, a Neanderthal, hints of vampires & werewolves & you have an awesome book!

The interactions between the characters is great, the snarkiness continues with Adelaide, romance blossoms....what's not to love? I hope that Ms. Noffke will someday reveal the story behind Lucien's father & what really happened to Ren Lewis.

I read this book last year and jumped at the chance to listen to the Audible version. The narrator does a great job and really added a lot to my enjoyment this second time around.

I love the way that Ms. Noffke combines her series by introducing characters from other series into this one. It makes me feel like the other series haven't really ended, just been enhanced by more adventures. I wait with bated breath for the next book in this series!

This 3rd audiobook in the enthralling Genetically Altered series is the best yet. It will have you on the edge of your seat and the hairs on the back of your neck standing to attention. Darker in nature than the other books, we get to see the workings of a warped mind, as the rabid wolf creates fear and anguish when he brutally murders women all across the city. The authors writing and the great narration makes you actually feel the terror of the women and the longing to kill that Hunter feels; it is both brutal and sad at the same time. This is a fast paced, exciting, anxiety filled story that still contains a great amount of humorous repartee. Tension mounts as we see Adelaide put herself in danger to try to find information, as Zephyr and the pack strive to capture Hunter before he kills again, the race to find the other wolves continues and all the while Mika and Drake are producing more creations. This story has great characters that grow from one book to the next and you can not help but love the easy, sarcastic back and forth between them. It's great to see the pack is becoming more cohesive, their talents growing and relationships forming. Mika is an excellent villain. He's crafty, intelligent but crazy as hell and the narrator shows this well. Then there is Drake, he totally lacks a conscience and reminds me of Josef Mengele. I not sure which of the bad guys is scarier. This is a great story that will keep you captivated from the first page to the last and leave you dying to get the next book.

Incredible book! I am amazed by how much development the author contains in her books. I am also an avid reader from her very first book and I thoroughly enjoy the development of the author as well. Read this urban fantasy take on werewolves! Sci-Fi at its best!
I feel so bad by the end of this book but it is such a mixture of emotions. I cannot wait to see what comes next!