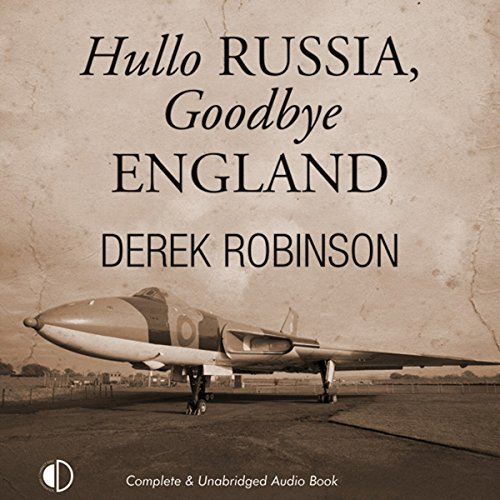 By: Derek Robinson
Narrated by: Nick McArdle
Try for $0.00

Having survived a double tour on Lancasters in WW2 (and won two DFCs), Flight Lieutenant Silk rejoins Bomber Command much later and qualifies to fly the Vulcan bomber. Welcoming him, the airbase commander says: “You have the best, and the worst, job in the world. You have the Vulcan, incomparably the finest bomber. That's the best bit. Your job is to fly to the Soviet Union and destroy cities. That's the worst bit. If Moscow decides to go berserk, Soviet bombers can attack us with nuclear weapons - enough to turn these islands into a smoking wasteland.”

Trouble ahead. And when the lovely Zoe brings politics to the party, the mixture is explosive.

I discovered Derek Robinson courtesy of a muddy videotape version of his UK TV series, "A Piece of Cake" over a decade ago. Enthralled, I immediately plunged into this and his other books - those that I could find in the US, that is. Unlike and antiseptic Heller's "Catch 22", this is a sardonic writer whose, primarily WWII- (and WWI-) focused works one can so easily relate to. (I'm sure Robinson's WWII RAF experience helps).

Nobody beats Robinson in describing the spontaneity and ferocity of aerial combat or, for that matter, the poignancy of lost love on terra firma. And always there's that inevitable acerbic twist.

Sadly, Robinson's books, while generally very well reviewed - "Goshawk Squadron" after all was long listed for the Booker Prize - never seem to have hit the charts in the US.

But we lucky few (or perhaps, not so few?) know better.

This book is perhaps more topical, in that it covers a larger span of history. WWII, yes, but also the 1950s and points beyond as well.

And the book meets its match in the very fine UK narrator, Nick McArdle.

Five stars, all around.

Not Derek Robinson's best. Tried to be a bit overly moral. Liked seeing familiar characters. Ending left us just hanging. What happened to Silk and Zoey?

A Great Book by Britain's most unsung author

Derek Robinson has written a number of novels, most of which I have read and I have really really enjoyed all of them. This one is no exception.

The black humour, technical detail, characters all hit the mark for me. His first novel (Goshawk Squadron) was recommended for the Booker Prize in 1971, Another, Piece of Cake, was made into a tv series in the late 80's.

Please just buy this and if you love it, spread the word. Derek Robinson deserves wider recognition!

There are other works by the Author available in audio format, but for some reason they aren't here on Audible (yet). I will download them as soon as they are, despite having read them in hard copy. They are that good.

An Insult to the V-Force

The plot is ludicrous, the characters are two-dimensional caricatures, and the puerile humour of most of the dialogues quickly becomes annoying. The author clearly does not understand how the V-Force operated, and there are numerous, serious, technical errors. It is easy to see why this book, by an already established author, originally had to be self-published.

Humor and Life in the style of Hornets nest. A greate read