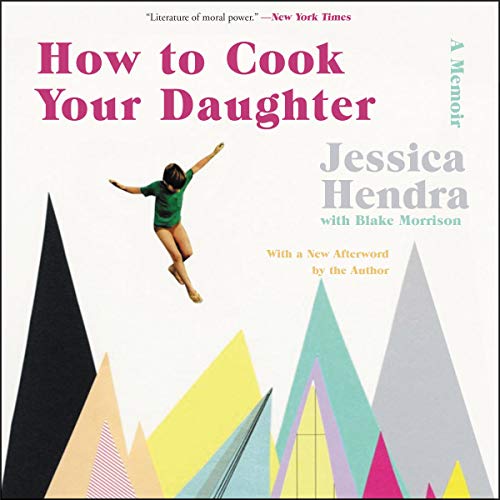 How to Cook Your Daughter

How to Cook Your Daughter

By: Jessica Hendra
Narrated by: Eileen Stevens
Free with a 30-day trial

From the daughter of the best-selling author of Father Joe: the poignant and ultimately hopeful memoir of a young girl’s struggle to live a normal childhood in the chaotic '70s, and to overcome sexual abuse by her famous father

Earlier this year, Tony Hendra’s memoir, Father Joe: The Man Who Saved My Soul, spent 13 weeks on the New York Times best seller list. The book detailed his life as a comedian who launched the careers of John Belushi and Chevy Chase and helped create such cult classics as This Is Spinal Tap while he struggled with inner demons including alcohol and drug abuse. But there was a glaring omission in his supposed tell-all confessional: his sexual abuse of his daughter, Jessica Hendra, when she was a young girl.

After more than 30 years of silence, Hendra has decided to reveal the truth. In this poignant memoir, she reveals the full story behind the New York Times article that rocked the world and detailed her father’s crimes. But Jessica’s story is no footnote to her father’s story. How to Cook Your Daughter is also the inspiring story of her own journey and how she was finally able to find healing within, after years of struggling with anorexia, bulimia, and low self-esteem. Set against the backdrop of the chaotic '70s, Hendra’s memoir follows Jessica and her sister, Kathy, as they strove to make a normal life for themselves amid the madness, sex, and drug abuse that her parents and their friends - many of the household names in the world of show business - participated in. How to Cook Your Daughter reveals the hope and heartache of a young girl who was faced with a loss of innocence at an early age, who faced a slow and painful recovery, and who finally found contentment and peace within.

What listeners say about How to Cook Your Daughter

Good writing and narration. It was helpful for those who have experienced something similar. I felt the writer was balanced in her telling of the events and her feelings.