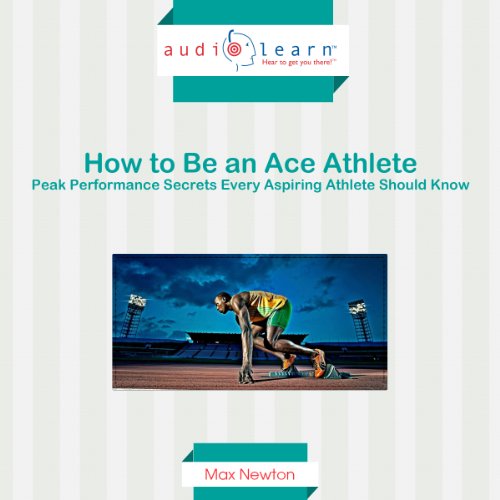 How to Be an Ace Athlete

How to Be an Ace Athlete

Revealed! Top Secrets on How You Can Possess the Exceptional Physique and Abilities Needed to Excel in Your Favorite Sports, and be the Athlete of Your Dreams!

Do you really want to settle with just being another ordinary fan of your favorite sportsman? You knew everything about him, watched every game he has ever played, and even had an autograph and a picture of both of you taken. You claim to be his #1 fan because you were always by his side. You are living your life according to his game schedules, training, and celebrations.

But let me ask you... Why would you want to revolve your life around your idol sportsman, when you can create your own dream life as a world-class athlete? How would you feel if you have numerous fans admiring and idolizing you because of your athletic prowess? Sounds flattering, isn't it? Well, I have exciting news for you!

With the right attitude and training, you can become better than your own idol player! As an athlete, you may be having more losses than wins when you play. You allot ample time for training. You give your best in every game. But why does winning seem to elude you?

And so you lose hope of being a champion. Instead, you settle for being an ordinary athlete who looks up to other players. Tsk tsk tsk. Not the best fighting spirit. You just don't know that you, too, can be a CHAMPION!