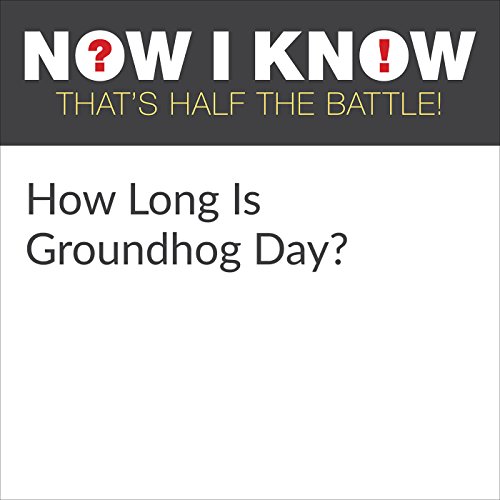 How Long Is Groundhog Day?

Today, the United States celebrates the fake holiday known as Groundhog Day. The tradition, which dates back to the 18th or 19th century, is pseudoscience, but probably the harmless variety. People gather around in Punxsutawney, Pennsylvania, waiting for a groundhog named Punxsutawney Phil to emerge. (And yes, there are other Groundhog Day groundhogs, too, but Phil's the OG, assuming the "G" stands for "groundhog".) As this non-scientific form of marmot meteorology goes, if it's sunny out, Phil sees his shadow and we're in for six more weeks of winter. If it's cloudy, we're in for an early spring.

What listeners say about How Long Is Groundhog Day?