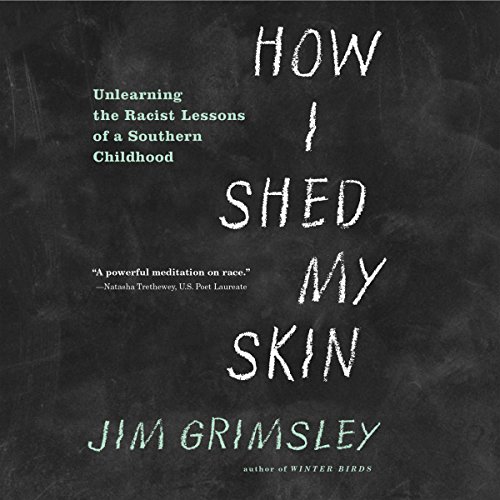 How I Shed My Skin

By: Grimsley Jim
Narrated by: Henry Leyva
Try for $0.00

In August of 1966, Jim Grimsley entered the sixth grade in the same public school he had attended for the five previous years, in his small eastern North Carolina hometown. But he knew that the first day of this school year was going to be different: For the first time he'd be in a classroom with Black children. That was the year federally mandated integration of the schools went into effect, at first allowing students to change schools through "freedom of choice", replaced two years later by forced integration.

For Jim, going to one of the private schools that almost immediately sprang up was not an option: His family was too poor to consider paying tuition, and while they shared the community's dismay over the mixing of the races, they had bigger, more immediate problems to contend with. Now, over 40 years later, Grimsley, a critically acclaimed novelist, revisits that school and those times, remembering his own personal reaction to his first real exposure to Black children and to their culture, and to his growing awareness of his own mostly unrecognized racist attitudes. How I Shed My Skin is both true and deeply moving, an important work that takes listeners inside those classrooms and onto the playing fields as, ever so tentatively, alliances were forged and friendships established.

What listeners say about How I Shed My Skin

A glimpse into the past, my past. I lived each word, each description; but from the other side. I remember my trying to find my place in a world so big; but a county so small. Jimmy, as we all called him captured the setting with its challenged outcome-how far had we gotten from our Jones County upbringings? Was what we had become better than what we started with? There is a mixture of all of it that we fight each day. But, through it all there is something that draws us back to the slow moving coffee colored water of the Trent River and the no stoplight town. I am dabbing my eyes as I remember the red headed boy with the bell bottoms that most Black folk loved. Thanks for the journey....