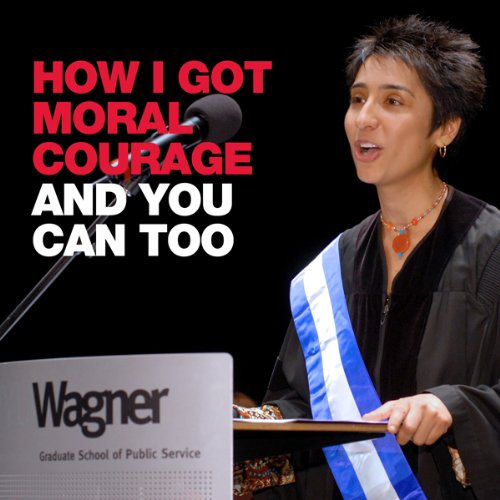 How I Got Moral Courage - And You Can, Too

What is moral courage?

Put simply, it's the willingness to be original, unique, and different from everyone else in your group. And it's one of the hardest things to do. Because you'll have to take criticism from parents, friends, preachers, teachers and bosses who want you to conform.

Here's what Bobby Kennedy said about moral courage. He was speaking to South African students in 1966 - the heyday of apartheid:

"Few are willing to brave the disapproval of their fellows, the censure of their colleagues, the wrath of their society. Moral courage is a rarer commodity than bravery in battle or great intelligence. Yet it is the one essential, vital quality for those who seek to change a world that yields most painfully to change."

In this brave and thought provoking speech, Irshad Manji addresses New York University students on how to find the courage to live by a bright moral compass. A must listen for students, teachers, parents, future leaders, and anyone seeking the courage to take the road less-traveled, How I Got Moral Courage - And You Can, Too is full of concrete suggestions, food for thought, and an uplifting sense of possibility and social responsibility. Here, Irshad Manji does more than inspire hope for a brighter tomorrow: she gives us the tools and the confidence to begin changing the world today.

What listeners say about How I Got Moral Courage - And You Can, Too

A personal story on Moral Courage

Irshad Manji relates the events that led her to write her book, the reactions and repercussions, both good and bad, and what inspires her to continue her quest for a more moderate form of Islam. The talk is witty, lively, and amazing, marred only by unbalanced audio where at times she seems like shouting one second then whispering the next.

Heed her words. She speaks truth and stands tall against oppression from all sides, ironically taking the most heat from the very people who ought to be siding most with her.