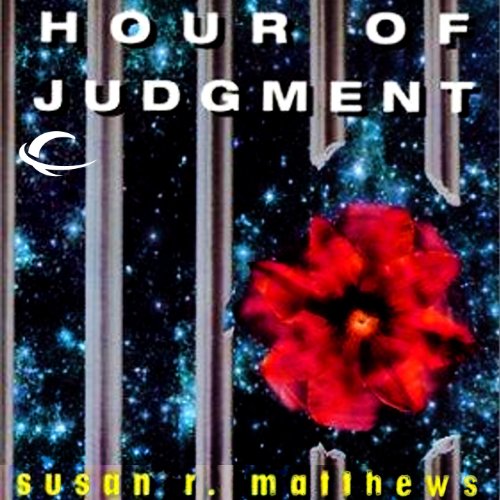 By: Susan R. Matthews
Narrated by: Stefan Rudnicki
Try for $0.00

As Chief Medical Officer aboard the Jurisdiction Fleet Ship Ragnarok, Andrej Koscuisko's duty is to care for his shipmates; as Inquisitor, he must extract confessions and administer punishment. But while the doctor takes pride in his healing skills, the torturer knows only self-loathing. As the planet Burkhayden prepares for the arrival of its new governor, a brutal attack on a Nurail slave woman by a ship's officer sets in motion a chain of events that culminates in murder. Called upon to minister to the injured woman, Andrei is soon pressed into duty as Inquisitor after a prime suspect is taken into custody for the murder. In this minefield of intrigue and deception, where a single misstep means death, Andrej's precarious equilibrium will be strained to the breaking point - and beyond.

What listeners say about Hour of Judgment

Where does Hour of Judgment rank among all the audiobooks you’ve listened to so far?

I enjoyed this one as much as the other two, which is to say A LOT.

Two; not such a big part but a very charming character.

I have no experience making movies.

I still think Matthews is one of the most brilliants writers I've ever come across.

Relaxing with a torturer

Despite the sometimes grisly topic, listening to these audiobooks is very relaxing. It transports me into a very different world; one that is rich in detail and totally absorbing. Beautifully written.