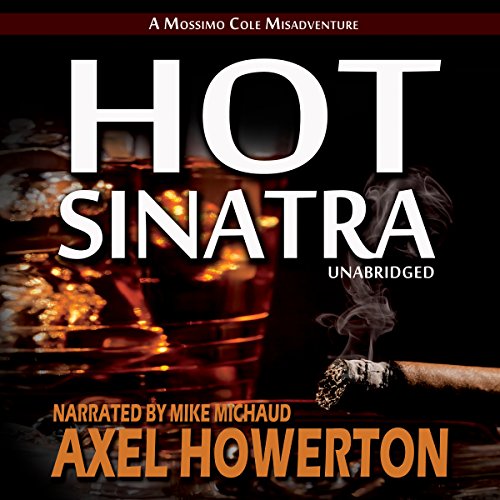 By: Axel Howerton
Narrated by: Mike Michaud
Try for $0.00

Moss Cole is a private detective, the kind you thought only existed in old movies and afternoon reruns. He's smart, talented, sometimes even charming. You'd think he could find a better gig than carrying on his grandfather's legacy as a 'Private Dick.'

Cole is out of money, out of ideas, and out of his league. That's why he's stuck looking for a stolen Sinatra record, a record that may be just a figment of an old man's imagination.

Of course, if that were true, Moss wouldn't have so many people busting down his door. Now he's got the Las Vegas mob, the Yakuza, a Mexican drug cartel and the LAPD trying to put him six-feet under. A vivacious redhead, a foul-mouthed Irish rock star, and a whip-smart little girl only complicate the job, when all Cole wants is a good cup of coffee and some Hot Sinatra.

If only he can stay alive - and in one piece - long enough to find it.

What listeners say about Hot Sinatra