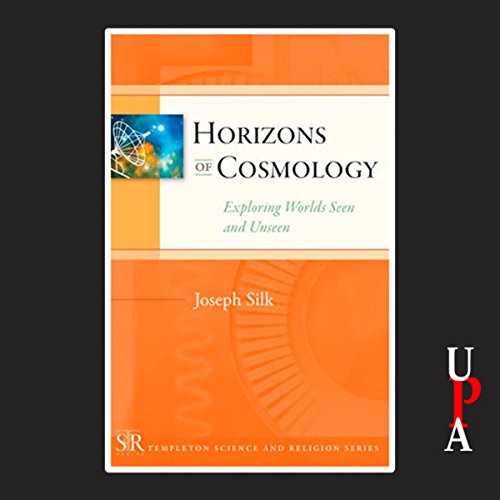 By: Joseph Silk
Narrated by: Joe Barrett
Try for $0.00

Highly esteemed astrophysicist Joseph Silk explores the vast mysteries and speculations of the field of cosmology in a way that balances an accessible style for the general reader and enough technical detail for advanced students and professionals.

Indeed, while the physical laws and origins of the universe can be endlessly complex, even Einstein once mused that they could be explained simply enough to be grasped by nonspecialists. To that end, Silk begins by introducing the basic story of the major discoveries in cosmology over the past century - wherin we learned that we live in an expanding universe populated with galaxies and stars. The middle chapters examine a number of contemporary puzzles, such as dark matter and dark energy. The last third of the book looks at the human side of cosmology and moves to the more philosophical frontiers of the field, such as concepts of multiverses and time travel - areas of exploration where some crossover into speculative territory becomes unavoidable.

In the past century alone, our understanding of the universe has expanded exponentially, and it will be fascinating to see what discoveries the next hundred years hold. Few books will provide such a thorough understanding of where we have been and what might lie ahead as Horizons of Cosmology. The book is published by Templeton Press.

"If you want to plunge into the complex and intriguing issues that engage modern cosmologists, rather than skim the surface of easy description, take this journey with Joseph Silk, who will lead you on a tour through dark matter, dark energy, black holes, galaxy formation, and the inflating and accelerating universe. Professor Silk, who knows these topics intimately from his long research career, does not hesitate to take his readers to the heart of the matter, allowing full comprehension to those who travel with him." (Donald Goldsmith, coauthor of Four Hundred Years of the Telescope)

What listeners say about Horizons of Cosmology

One of the best stories on modern cosmology

If you could sum up Horizons of Cosmology in three words, what would they be?

What I liked best was that he was able to incorporate storylines into what can be perceived as a dry field. It focuses on cosmology forming from astronomy and then slowly establishing itself as not only a legitimate field but a key area in our understanding of our universe.