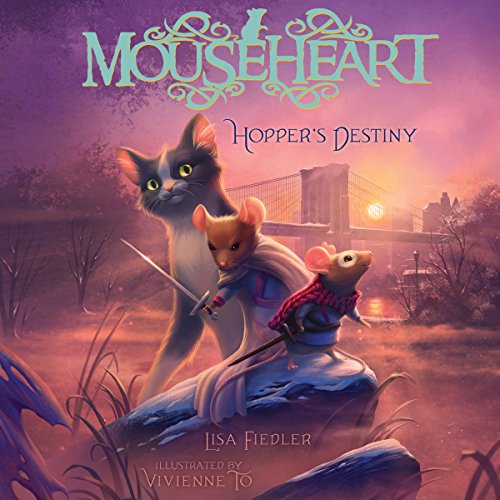 By: Lisa Fiedler
Narrated by: Kirby Heyborne
Try for $0.00

A brave mouse attempts to rebuild a fallen empire in this second book of the epic animal adventure series set in the subway tunnels of Brooklyn and for "fans of Erin Hunter, Brian Jaques, and Kathryn Lasky" (School Library Journal).

Hopper now knows that he is definitely not an ordinary pet-shop mouse. With the underground rat civilization of Atlantia all but destroyed and Titus dethroned, Hopper, Zucker, Firren, and a spattering of Rangers are now working to rebuild. But it's difficult. REALLY difficult. Queen Felina, the evil feral royal, has begun amassing a new band of street cats. And without the sinister "peace accord" in place, it is open season on the rodents.

Meanwhile Hopper's siblings are on quests of their own: Pinkie has led a coup and is ruling the Mus with an iron paw, and Pup is no longer the sweet, innocent brother Hopper once knew.

With the support of some new upland allies, including a funky cat named Ace, can Hopper make the tunnels safe again and fulfill a destiny he never imagined?

What listeners say about Hopper's Destiny

I love the book I read and the app is amazing
I love it I Truly Do!