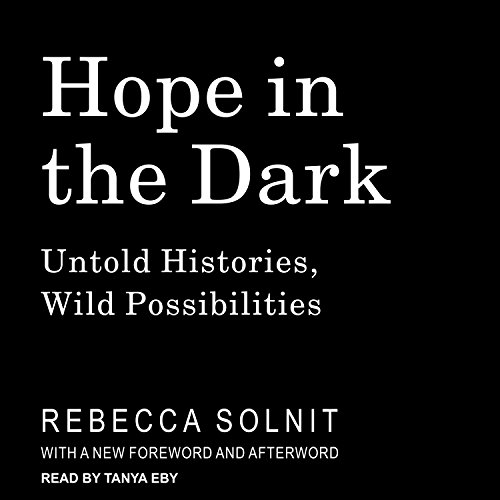 Hope in the Dark

Hope in the Dark

With Hope in the Dark, Rebecca Solnit makes a radical case for hope as a commitment to act in a world whose future remains uncertain and unknowable. Drawing on her decades of activism and a wide knowledge of environmental, cultural, and political history, Solnit argues that radicals have a long, neglected history of transformative victories, that the positive consequences of our acts are not always immediately seen, directly knowable, or even measurable, and that pessimism and despair rest on an unwarranted confidence about what is going to happen next. Originally published in 2004, now with a new foreword and afterword, Solnit's influential book shines a light into the darkness of our time in an unforgettable new edition.

"An inspired observer and passionate historian, Solnit, whose River of Shadows (2003) won a National Book Critics Circle Award, is one of the most creative, penetrating, and eloquent cultural critics writing today." ( Booklist)

We all need this book! We need Rebecca Solnit's stories; we need her perspective; we need her hope and our own sense of empowerment! I cheer her forward, and feel determined to "give up the teddy bear of despair," determined to keep figuring out how to be an effective activist!

In a time that often feels hopeless to me, Rebecca’s work helped me see other options.