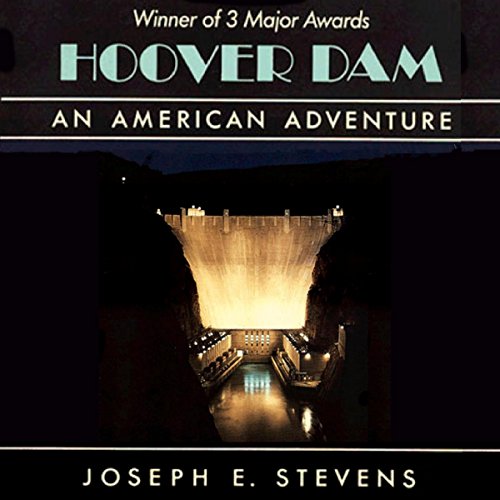 In the spring of 1931, in a rugged desert canyon on the Arizona-Nevada border, an army of workmen began one of the most difficult and daring building projects ever undertaken: the construction of Hoover Dam. Through the worst years of the Great Depression as many as five thousand laborers toiled twenty-four hours a day, seven days a week, to erect the huge structure that would harness the Colorado River and transform the American West.

Construction of the giant dam was a triumph of human ingenuity, yet the full story of this monumental endeavor has never been told. Now, in an engrossing, fast-paced narrative, Joseph E. Stevens recounts the gripping saga of Hoover Dam. Drawing on a wealth of material, including manuscript collections, government documents, contemporary newspaper and magazine accounts, and personal interviews and correspondence with men and women who were involved with the construction, he brings the Hoover Dam adventure to life.

Described here in dramatic detail are the deadly hazards the work crews faced as they hacked and blasted the dam's foundation out of solid rock; the bitter political battles and violent labor unrest that threatened to shut the job down; the deprivation and grinding hardship endured by the workers' families; the dam builders' gambling, drinking, and whoring sprees in nearby Las Vegas; and the stirring triumphs and searing moments of terror as the massive concrete wedge rose inexorably from the canyon floor.

"Joseph Stevens' Hoover Dam is a pure marvel of scholarship and storytelling - history in the grand style... no better tale of the extraordinary effort that got it built has ever been told and none is ever likely to match it." ( Wilderness)
"I thought it was marvelous - absolutely enthralling." (Alvin M. Josephy, Jr.)

What listeners say about Hoover Dam

I enjoyed this book, and it has led to other books that I want to read now.
I would recommend to any history buff.

This author did his homework!!!