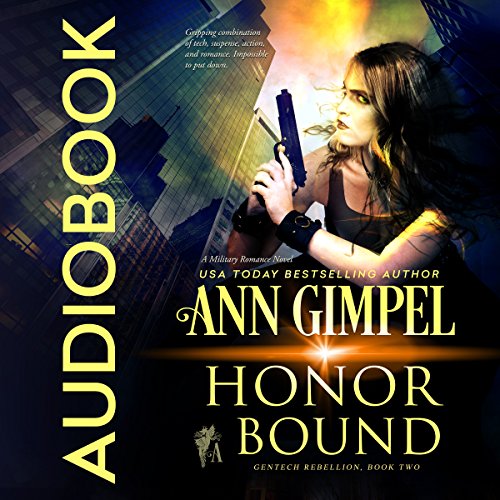 Honor takes a huge chance and flees her compound one wintry night. A genetically altered woman, she has no memories from before her kin staged a rebellion seven years before. Because of her enhanced physiology, she finds a home working for the CIA alongside four other women just like her. There are still plenty of rules, but they're different, and she's figuring out how to blend in.

Milton Reins burns through women and marriages. After the third one implodes, he swears off hunting for a replacement. Running the CIA is a more than fulltime job. There's no time for anything else in his life, which is fine until Honor comes along. Training in the gym throws their bodies together, and makes him remember the feel of a woman in his arms. Milton aches for her, but she's a freak, the CIA term for test tube humans designed by scientists.

Honor wants Milton with every bone in her body, but it's a terrible idea, especially after she delves into his head and sees his ambivalence toward her kind. Need drives them together, but their differences create roadblocks every step of the way. Fueled by anger and fear, she shuts him out. So what if the sex was great, she's done.

What listeners say about Honor Bound


this one was good too, should read them in order and you will get the most out of them, really good series so far

This is book 2 in this series and even though it has its own HEA, I would highly recommend listening to Glory's story in book 1 first. This is the continuing story of the CIA's fight against the "freaks." In book two we get to see sparks fly between the special team leader Milton and the genetically enhanced Honor. This book was just as much fun as the first one. You get to see a little more of what is going on inside the "freaks" organization and see the CIA team handle complications from adding a group of genetically enhanced women to the mix. I am enjoying where this series is going and will be continuing with it.