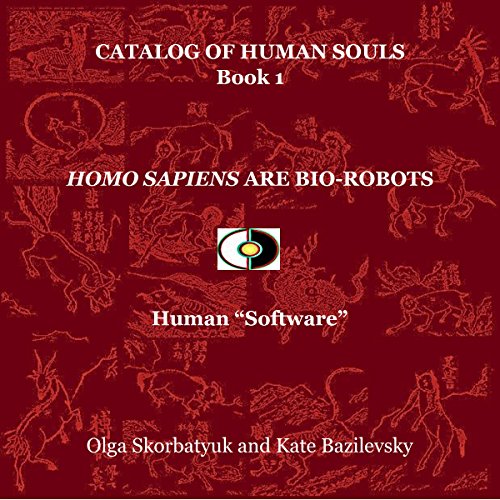 By: Olga Skorbatyuk,Kate Bazilevsky
Narrated by: Charlie Brennan
Try for $0.00

Back in the '80s of the XX century, researcher Andrey Davydov decrypted one of the most ancient sources preserved in this civilization - Shan Hai Jing. This ancient Chinese monument turned out to be the Catalog of human population - a collection of detailed descriptions of 293 subtypes of the biological type Homo sapiens. It contains information about each person who lived, lives, or will live in the future on planet Earth.

Information about the subtype structure is implanted in the form of a program in the unconscious of a person from birth, and this program determines all of his life: personal qualities and character properties, algorithms of life and functioning, hidden motivational spring, abilities, talents, preferences, inclinations, etc. Natural subtype program is that what is called "psyche", "soul". In addition to a program, Homo sapiens, as a bio system programmed by nature, has modes of self-regulation and regulation (control from the outside).

For colleagues from the scientific environment, we are offering our definition of what psyche of Homo sapiens and the catalog of human population are: "The catalog of human population is a description of a human as a type by subtype structures. Subtype structure ('psyche', 'soul') is a combination of individual archetypes, recorded at the genetic level (principle). Expressions and interaction of subtype structures in manipulation modes and phenological algorithms are described with adjustments for gender, age, and cultural differences. Information is recorded on six factors."

Programs and manipulation modes of each subtype differ from one another. For this reason, people differ from each other by internal characteristics, and individual manipulation scenarios are necessary for each person. Homo sapiens is a living system, which, as it turned out, exists and functions strictly on the basis of a natural program implanted from birth, and from this it was concluded that a human is a bio-robot.

What listeners say about Homo Sapiens Are Bio-Robots: Human 'Software'