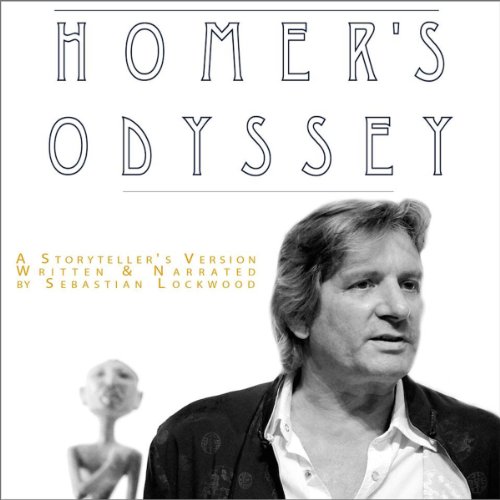 We begin with Book V, Odysseus weeping on Calyspo's Island, and follow his adventures through to his return to Ithaca and Penelope. This version of Homer's Odyssey was created over a 14-year period of performing the great epic. When it came time to record this version for audiobook, I realized there was no text: It lived in memory. So I had to write out a 38-page poem from memory. Then I used that text as a performance script and while reading it found myself constantly editing as my spoken word insisted on changes that sharpened the sound. The result is this text of the telling. Those who know the story well may question language and detail choices, moments of invention; but these were all dictated in performance. My hope is that this short storytellers' version will take audiences back into a new love and delight in the original.

His performance was so staccato and jaunty that I could not listen for more than 10 minutes. Quite jarring and effectuated.