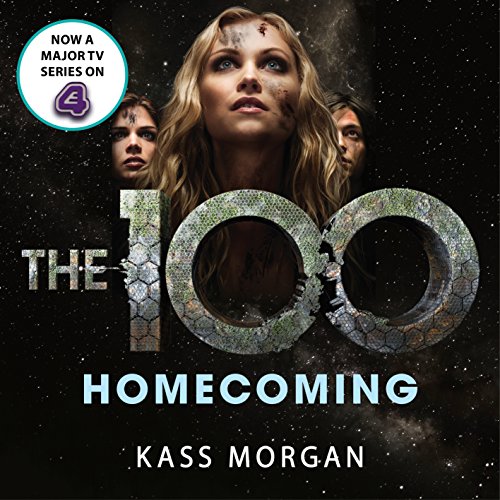 By: Kass Morgan
Narrated by: Justin Torres
Try for $0.00

In the thrilling, pulse-pounding conclusion to Kass Morgan's New York Times best-selling The 100 series, the 100 face their greatest challenge yet. Because...humanity is coming home.

Weeks after landing on Earth, the 100 have managed to create a sense of order amidst their wild, chaotic surroundings. But their delicate balance comes crashing down with the arrival of new dropships from space. These new arrivals are the lucky ones - back on the Colony, the oxygen is almost gone - but after making it safely to Earth, Glass' luck seems to be running out. Clarke leads a rescue party to the crash site, ready to treat the wounded, but she can't stop thinking about her parents, who may still be alive.

Meanwhile, Wells struggles to maintain his authority despite the presence of the Vice Chancellor and his armed guards, and Bellamy must decide whether to face or flee the crimes he thought he'd left behind.

It's time for the 100 to come together and fight for the freedom they've found on Earth or risk losing everything - and everyone - they love.

This is not a bad story at all but the trouble is that i watched the tv show first and i actually liked that better. The tvshow is VERY different and i do not Think that you Can Call it the same story at all. The show is Much more dramatic and a lot of the people are not in the books at all and you kind of miss Them if you have seen the show first. My advise is if you love the tv series, you should not listen to this as the same story. If you Think of it as another story and not compare the two, this is a good story by it self.

Asking "Are you OK?" should be capital offense

Asking "Are you OK?" when it is obvious that it is not the case should be a capital offense under the Gaia doctrine. This is just one example of poor dialogues in this book. There are many technical inaccuracies,too - e.g. airlock door shuts close with a thud, as heard by a spacewalker, kilotons of radiation, etc.

I literally love the 100 series on tv and listening to books is like hearing something completely different but just as good! Love love love and highly recommend

what part of optional does not allow you to proceed without typing something????bad Amazon bad

I really enjoyed everything and definitely would recommend to friends. The only thing I didn’t like was the overly dramatic and desperate sounding performance for the character ‘glass’.

pity this was so short, for 1 audible credit.

maybe, books in a series, under 10 hours each, should be combined into a set??

not a bad story but, sorry, I think the peeps who developed it for TV made it into a much better version of the storyline!

I thought there would be the same character as in the series. how they turned the books into the very complicated series is annoying because even I could have put a story within this outline of a story.

loved it just as much as book 1 and book 2, can't wait to start book 4