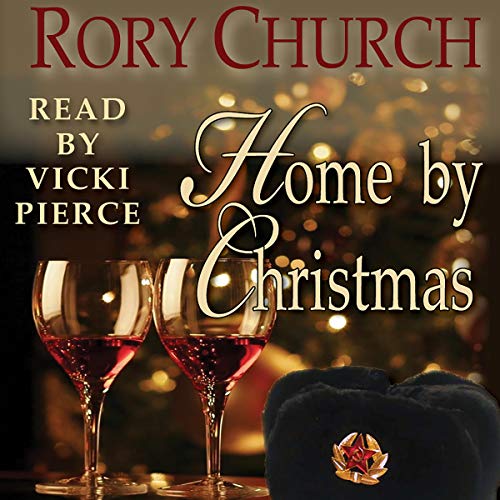 By: Rory Church
Narrated by: Vicki Pierce
Try for $0.00

Special Forces operative Morgan Raush rarely speaks to the handsome, blue-eyed Russian agent, Dmitry Rurik, about anything except military business if she can help it. They've formed an uneasy alliance during their joint mission in remote Uzbekistan. But now, through a twist of fate, the two must depend on one another to survive rugged mountains, blizzards, and enemy attacks.

In the midst of icy nights and glowing fires, Morgan discovers Dmitry is much more than she'd first thought - a man torn between two ideologies, a man driven by faith and family. Then again, maybe the spy is only telling her what he wants her to believe? Morgan has only five days left to sort out the conflict in her heart, and only five days left...to make it home by Christmas.

What listeners say about Home by Christmas