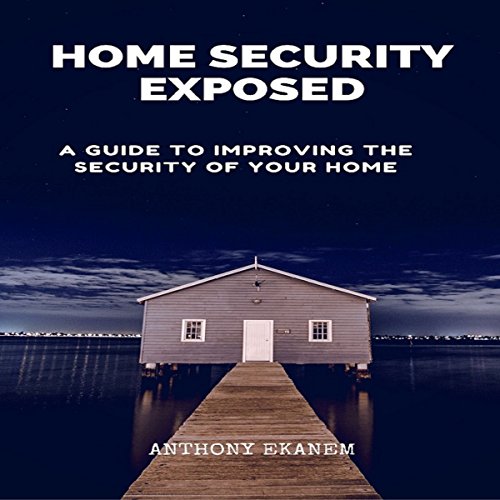 By: Anthony Ekanem
Narrated by: Sean Lenhart
Try for $0.00

It has been reported that a burglary now happens every 15 seconds. As such, the chances of your own home actually being at risk from a break-in are greatly increased, and it does not matter where you live.

When people think of a break-in, they think of someone gaining entry into their home through breaking some glass or smashing down doors. Yet there are certain things which could actually extend an invitation to those intruders to make an attempt at getting into your home.

There are many places in your home which are vulnerable to attack by intruders, and therefore you must set up a routine which will provide them with fewer opportunities to attempt to break in.

Everybody thinks that their home is secure. Today, most homes are now fitted with good quality doors and windows which have good quality locks and bolts upon them. Often when we are going out in the evening, we will draw the curtains and leave a few lights on to give the appearance that there is someone in. However, there are occasions, especially on those late summer evenings when it is still light as you are going out, that you decide not do this, and this unfortunately is when you are providing an opportunity to any would-be burglar to gain access to your home.