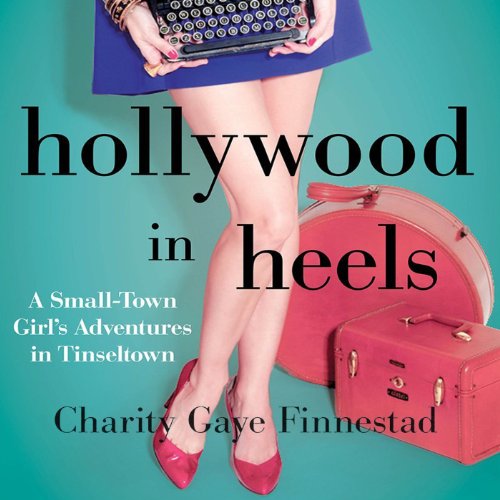 Hollywood in Heels is a sexy, smart, shockingly honest and wickedly hilarious memoir of a young woman finding her way in a city where sex is the primary commodity and illusion the name of the game.

Charity Gaye Finnestad is a small-town girl with big dreams: to go to Los Angeles and make it as a writer.

With only enough money to survive 60 days, she packs her bags, says goodbye to an unhappy marriage, and hits the road in search of her destiny. Struggling to pay the rent with occasional modeling jobs, Charity suddenly finds herself privy to a high-flying, fast-paced life - sipping champagne at exclusive parties with A-list celebrities in the Hollywood Hills by night, and shopping at the 99-Cent Store by day to stretch her tiny budget. She quickly discovers that in Hollywood, as with anywhere, it’s your relationships that matter. Determined to be true to herself, she sets out to make lasting friendships and maybe even discover true love along the way.

Fearless and forthright, Charity delivers the dirt on the ups and downs of living in Tinsel Town. A modern day fairy tale in which the heroine rescues herself and then meets her Prince Charming, Hollywood in Heels is a rollicking fun listen that teaches some very important lessons about life and love.

"A refreshingly different perspective on Hollywood, love, and life from the girl next door." (Minnie Driver)

What listeners say about Hollywood in Heels

I feel like a teen wrote this. Not a great story.

There is no definite direction to the story line. The narrator's voice is not enjoyable.