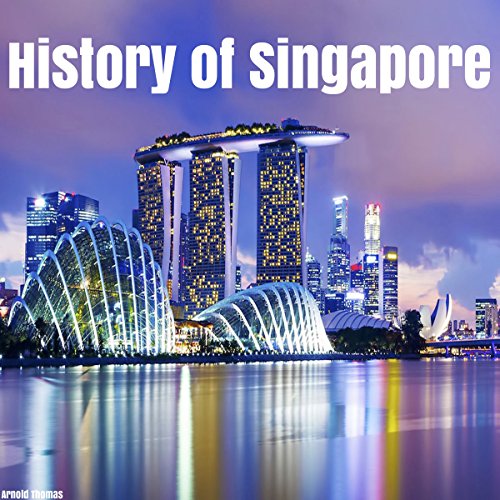 By: Arnold Thomas
Narrated by: Kevin Theis
Try for $0.00

The written history of Singapore dates back to the third century. Later, the Kingdom of Singapura rose in importance during the 14th century under the rule of Sultan Iskandar Shah and Singapore became an important port, until it was invaded by the Majapahit in 1398. It then came under the Malacca Sultanate and then the Portuguese, then rapidly became a major port city.

During World War II, Singapore was conquered and occupied by the Japanese Empire from 1942 to 1945. When the war ended, Singapore reverted to British control, with increasing levels of self-government being granted, culminating in Singapore's merger with the Federation of Malaya to form Malaysia in 1963. But social unrest and disputes between Singapore's ruling People's Action Party and Malaysia's Alliance Party resulted in Singapore's separation from Malaysia. Singapore became an independent republic on August 9, 1965.

Facing severe unemployment and a housing crisis, Singapore embarked on a modernization program beginning in the late 1960s through the 1970s that focused on establishing a manufacturing industry, developing large public housing estates and investing heavily on public education.

By the 1990, the country had become one of the world's most prosperous nations, with a highly developed free market economy, strong international trading links, and the highest per capita gross domestic product in Asia outside Japan.

What listeners say about History of Singapore

I over paid. Didn't realize it was so short. It would be better to just read an article on line.

This "history" of Singapore leaves out any detail about how the city was actually founded.

Very good, but would be better if longer

The performance and content are good, but I would have liked it to be longer and more in depth. It doesn't go beyond what you can read yourself in a few minutes on Wikipedia.

Well read and to the point history lesson of Singapore. This readings provides a quick summary of Singapore’s history. Akin to what you might have found in a H.S. World History textbook.