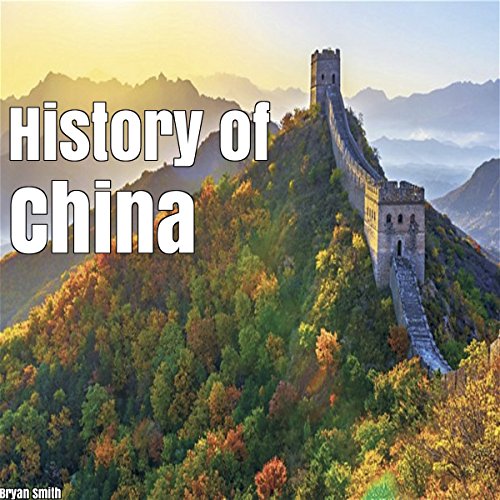 Written records of the history of China can be found from as early as BC 1500 under the Shang dynasty. Ancient historical texts, such as the Records of the Grand Historian (ca., BC 100), and the Bamboo Annals (before BC 296), describe a Xia dynasty (ca., BC 2070 - 1600), which had no system of writing on a durable medium, before the Shang. The Yellow River's Yellow river civilization is said to be the cradle of Chinese civilization, although cultures originated at various regional centers along both the Yellow River, and the Yangtze River's Yangtze civilization, millennia ago in the Neolithic era. With thousands of years of continuous history, China is one of the world's oldest civilizations, and is regarded as one of the cradles of civilization.

Much of Chinese culture, literature, and philosophy further developed during the Zhou dynasty (BC 1046 - 256). The Zhou dynasty began to bow to external and internal pressures in the eighth century BC, and the kingdom eventually broke apart into smaller states, beginning in the Spring and Autumn period, and reaching full expression in the Warring States period. This is one of multiple periods of failed statehood in Chinese history, the most recent being the Chinese Civil War that started in 1927.

Between eras of multiple kingdoms and warlordism, Chinese dynasties have ruled parts or all of China; in some eras control stretched as far as Xinjiang and Tibet, as at present. In BC 221 Qin Shi Huang united the various warring kingdoms and created for himself the title of "emperor" (huangdi) of the Qin dynasty, marking the beginning of imperial China. Successive dynasties developed bureaucratic systems that enabled the emperor to control vast territories directly. China's last dynasty was the Qing (1644 - 1912), which was replaced by the Republic of China in 1912, and in the mainland by the People's Republic of China in 1949, resulting in two de facto states claiming to be the legitimate government of all China.

What listeners say about History of China