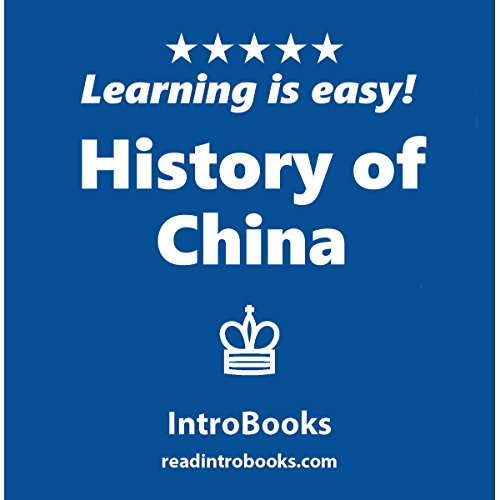 The history of China is too long and too descriptive to be entirely included in this short book. However, various important parts are included. The history of China is often presented in four major parts. First is the prehistory. Prehistory describes the period when china was not unified as a single empire. Various parts surrounding modern Beijing were ruled by multiple independent emperors. In 2100 BC, these parts were conquered by the Xia dynasty and Empire of China was formed.

Just does not work

What disappointed you about History of China?

It just keep on buffering and can not connect to server. I tried many times, always the same problem. Can someone refund me?