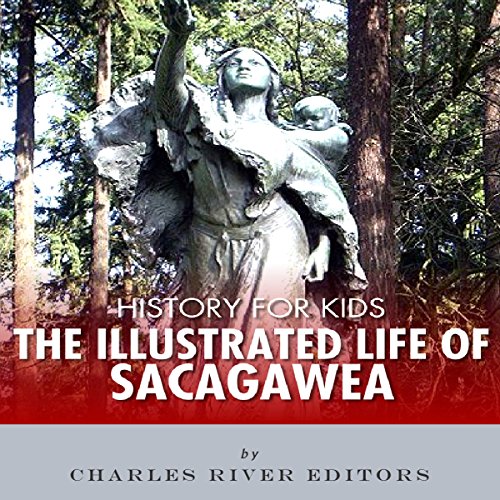 History for Kids: The Life of Sacagawea

"Your woman who accompanied you that long dangerous and fatiguing rout to the Pacific Ocean and back deserved a greater reward for her attention and services on that rout than we had in our power to give her at the Mandans." - William Clark in a letter to Sacagawea's husband

In Charles River Editors' History for Kids series, your children can learn about history's most important people and events in an easy, entertaining, and educational way. These concise-but-comprehensive books will keep your kid's attention all the way to the end.

Sacagawea is one of the most famous Native American women in American history, and few played such a central role in the settlement of the West for the young nation. As a young woman who was married to a French trapper from Quebec, Sacagawea happened to be in the right place at the right time for the legendary Lewis and Clark expedition which set off for the Pacific coast after President Thomas Jefferson negotiated the Louisiana Purchase with France. The young Shoshone girl acted as a guide and interpreter for the expedition, helping it safely travel thousands of miles west from North Dakota to the Pacific over unfamiliar ground and amongst unfamiliar peoples. Put simply, the expedition could not have succeeded without her.

What listeners say about History for Kids: The Life of Sacagawea