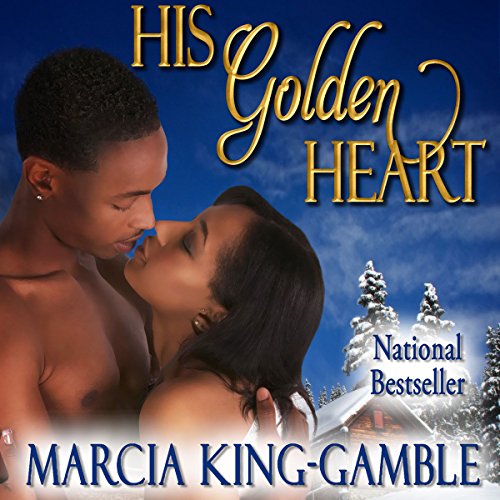 By: Marcia King-Gamble
Narrated by: James Cavenaugh
Listen free with Plus trial

Beaumont Hill, the only African American skier on the US Olympic team, is heavily favored to win gold - until he takes a devastating fall and loses it all. His back broken, Beau has lost the will to live. But former gymnast Shayna DaCosta is determined to help do more than see him plod through life. She's been there, taken the bull by the proverbial horns, and made a productive life for herself. As attracted as she is to Beau, he's still the patient, and she can't get romantically involved. Complicating matters further, Beau's father is hellbent on prosecuting her little brother. Can true love survive these hard times?

What listeners say about His Golden Heart

I always enjoy a good romance and this didn't disappoint. The story was engaging and the performance was very good.

I enjoyed listening to His Golden Heart. It's not often, if ever, that I've read or listened to a book where the hero is struggling with a significant physical health challenge. I was rooting for him all the way and felt bad about the circumstances that led to his disability. His supermodel girlfriend was something else. I was thoroughly entertained by this love story about two athletes who must overcome challenges to find their way to each other. The heroine, a no-nonsense physical therapist, was just what this pro skier needed to reclaim his independence and his life.