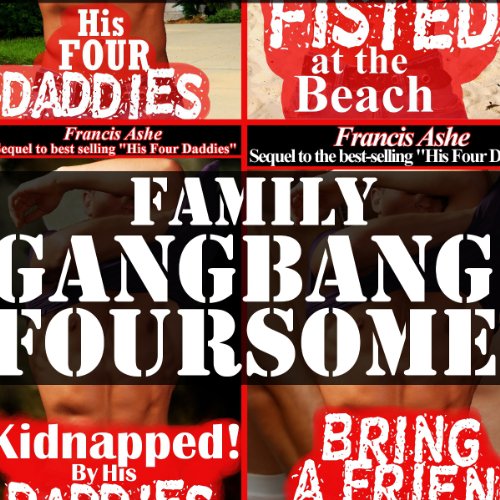 His Four Daddies: All The Daddies 4-Pack

His Four Daddies: All The Daddies 4-Pack

This value-priced four pack brings you the full text of all four of the His Four Daddies stories in one convenient package.

"His Four Daddies": Erik's mom had a string of unsuccessful marriages when he was an impressionable teenager. Now that he's in college and out of the closet, he has begun to fantasize about his four step daddies. One evening he gets a phone call from Brian - one of his step dads. Brian invites Erik to a poker game with a few guest players. Is Erik ready to make his fantasy a reality?

When Kevin, Drake, Michael, and Brian, his four daddies, get wind of this, they realize they must step in and teach Erik yet another lesson: Without friends, the world is a very lonely place.